What did Tom Dienhart learn about Big Ten in Week 10? Find out here! 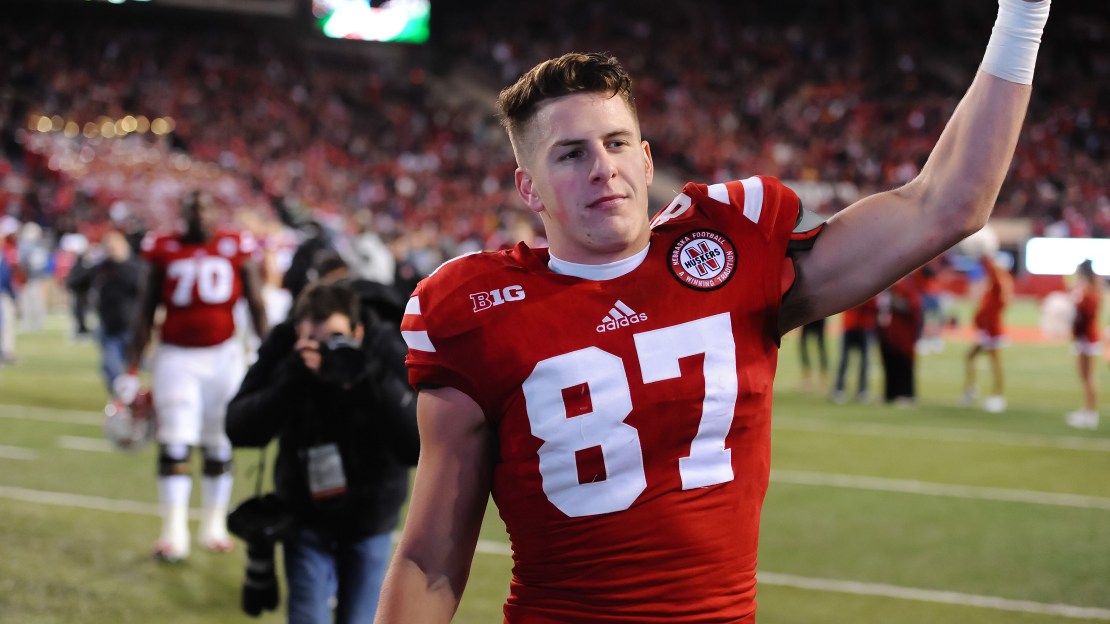 Lots to digest ? like this: Is Iowa the best team in the Big Ten? And, the Football gods are indeed just. Ask Nebraska.

1. Has any team played better and been more impressive on a consistent basis than Iowa? Think about it. Yes, Ohio State has been the top-ranked Big Ten team all season in every poll. But like the Buckeyes, Iowa may not get beat. With each passing week, that becomes more and more apparent. The Hawkeyes moved to 9-0 for just the second time in school annals with a 35-27 win at Indiana. Iowa finishes with Minnesota and Purdue at home before closing at Nebraska. This may be the most complete team-offense, defense, special teams-in the Big Ten. And few are better coached. A 12-0 mark seems like a real possibility. Maybe we?ll get to find out just how good Iowa is in the Big Ten title game vs. ? Ohio State. 12-0 vs. 12-0.

2. Another week, another Ohio State win. Yawn, right? If you're counting at home, Ohio State has won 29 consecutive conference games, tying the FBS record. This time, the Buckeyes dispatched Minnesota, 28-14. Impressive? No. Nonetheless, effective. I expect J.T. Barrett to get the start next week when OSU plays at Illinois after he was suspended last week. This team and offense is just better with Barrett at the controls. And the attack needs to be rolling with huge games vs. Michigan State and at Michigan to close the season.

3. Ohio State?s Ezekiel Elliott might be the new Heisman front-runner. With LSU?s Leonard Fournette being held to 31 yards on 19 carries in a 30-16 loss at Alabama, and TCU QB Trevone Boykin tossing four picks in a 49-29 setback at Oklahoma State, Elliott's stock definitely soared Saturday, a day in which he notched his 14th consecutive 100-yard game. The Ohio State star, the most consistent weapon on an inconsistent offense, has 1,244 yards rushing and 14 touchdowns on the season.

4. Michigan State had been playing with fire all season, and it finally got burned. The heartbreaking 39-38 loss at Nebraska knocked the Spartans from the ranks of the unbeaten. Agree or disagree with the official?s call on the final Husker touchdown, Nebraska was the better team on Saturday. This is a MSU club that struggled to put away Rutgers and Purdue and needed a miracle to beat Michigan. Now, the Spartans, who still control their destiny in the Big Ten East, are looking up at Ohio State in the Big Ten East and will tumble in the CFP poll.

5. The Football gods are indeed just. It was Nebraska?s turn for some good fortune. This had been America?s most tortured team, losing five crushers (BYU, Miami, Illinois, Wisconsin, Northwestern) and enduring one huge humiliation (Purdue). But the 39-38 late win over unbeaten Michigan State was some sweet nectar for suffering staff, players and fans. Oh-by-the-way: Iowa may be unbeaten when it finishes the season at Nebraska. Interesting.

6. I?m gonna just go ahead and type it: Northwestern is the second-best team in the Big Ten West. Yes, better than Wisconsin. But, this score will be settled on the field on Nov. 21, when the teams play in Madison. Still, NU?s resume to date is more impressive than the Badgers?, who continue to struggle on offense when RB Corey Clement doesn?t play. The Wildcats? offense isn?t great but has some traction; both teams play great defense.

7. Bill Cubit continues to make a case to have the ?interim? removed from his title. He has the team one win from bowl eligibility after a roaring 48-14 victory at Purdue. Imagine what Illinois? record would be had it not lost key players like RB Josh Ferguson (three games) and WR Mikey Dudek (season) to injury-among others–for extended stretches? Illinois finishes the season vs. Ohio State, at Minnesota and vs. Northwestern. If the Illini make a bowl, I say Cubit deserves the job ? and a new stapler for his desk.

8. This could be the start of a late-season swoon for Penn State. The Nittany Lions are 0-3 in their biggest tests this season, losing vs. Temple, at Ohio State and at Northwestern. Its seven wins are vs. teams with a combined 27-36 (.429) record, with the best clip being 6-3 San Diego State. Penn State finishes the year vs. Michigan (7-2, 4-1) and at Michigan State (8-1, 4-1), meaning James Franklin and company could finish the season on a three-game skid.

9. Indiana still could go to a bowl with a 5-7 record. Yep, it?s true. The bowls may be unable to fill all of their spots with teams that are 6-6 or better. That could open the door for the Hoosiers, as their high APR would be a boost to getting a bid if they finish 5-7. Indiana is 4-5, losers of five in a row, with games left vs. Michigan, at Maryland and at Purdue. There's at least one win in there, right?

10. Until Purdue learns how to block and tackle, every other problem it has is irrelevant. And, this program has a lot to fix. But, again, the work must begin in the trenches.