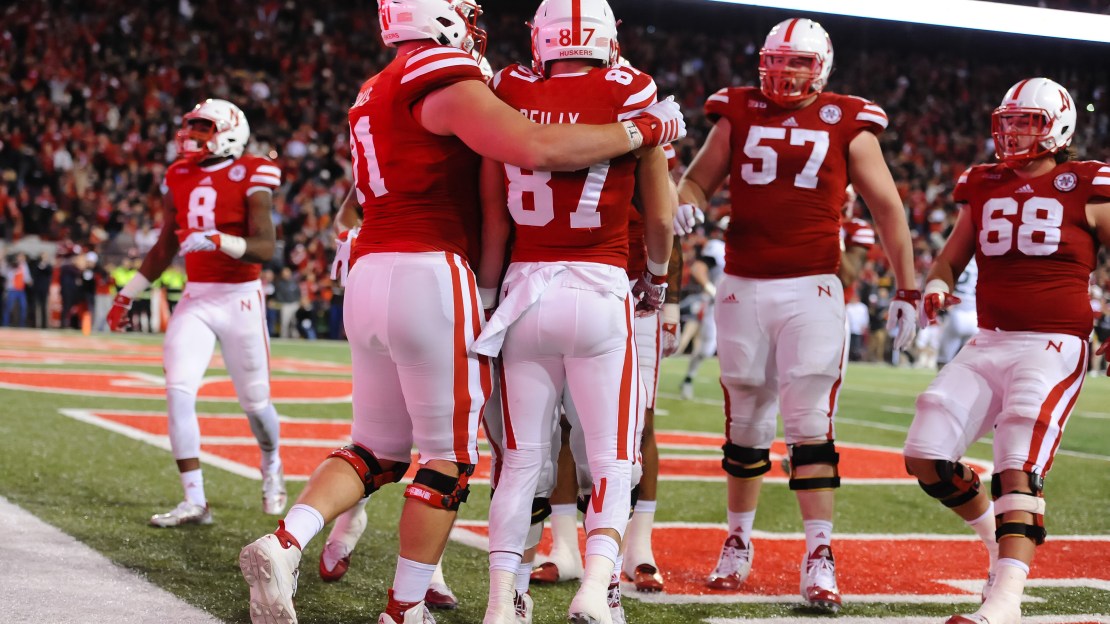 What a week of Big Ten football!

Who had the most impressive performance?

Here is a look at my top individual performers from Week 10 of the Big Ten football season.

1. Ke'Shawn Vaughn, RB, Illinois. The Fighting Illini ran wild in an impressive 48-14 win over Purdue, and Vaughn was the leader of the group. The talented back rushed for a career-best 180 yards and two scores in the victory. He averaged 11.3 yards per tote as the Illini outgained Purdue on the ground, 382-89. That's amazing.

2. Josey Jewell, LB, Iowa. This guy was all over the field in Iowa's 35-27 victory over Indiana on Saturday. Jewell finished with 15 tackles and two pass breakups for an Iowa defense that held Indiana's high-powered passing game to just 180 yards through the air.

3. Connor Cook, QB, Michigan State. Cook was nothing short of outstanding in a heartbreaking loss to Nebraska. The senior QB threw for 335 yards and four touchdowns in the game. His third touchdown pass of the game, a 33-yarder to Aaron Burbridge, marked his 67th career TD pass, which is a Michigan State record. This guy continues to impress.

4. Jordan Howard, RB, Indiana. When Howard is healthy, he is as good as any back in the conference. The Hoosiers' bruising RB rushed for 174 yards and two touchdowns in Indiana's 35-27 loss to Iowa. Howard has now rushed for 140-plus yards in five of the seven games he's played in this year.

5. Jake Rudock, QB, Michigan. Rudock had his best game of the season in Michigan's commanding 49-16 victory over Rutgers. The Wolverines' signal caller completed 18 of his 25 passes for a career-high 337 yards and two touchdowns in the win. Rudock's previous high was 322 yards in 2014 against Ball State.

6. Justin Jackson, RB, Northwestern. When Justin Jackson is running well, Northwestern is really tough to beat. The Wildcats' sophomore back was great on Saturday, rushing for a career-high 186 yards in Northwestern's 23-21 victory over Penn State. Jackson has now topped the 120-yard rushing mark in five games this season. That's impressive.

7. Tommy Armstrong, QB, Nebraska. Armstrong drove the Huskers 91 yards in the final minute, hitting Brandon Reilly with a 30-yard touchdown pass with 17 seconds remaining to give Nebraska a memorable 39-38 win over Michigan State. He finished with 320 yards and two touchdown through the air, while adding 19 yards and two scores on the ground.

8. Saquon Barkley, RB, Penn State. Is there a better freshman running back in America? Barkley was outstanding on Saturday, rushing for 120 yards and two scores in Penn State's 23-21 loss to Northwestern. He also added six catches for 50 yards in the loss. Barkley tied the Penn State freshman season rushing TD record with his seventh TD run of the season.

9. Josh Ferguson, RB, Illinois. Ferguson returned from injury and didn't miss a beat in Illinois' 48-14 blowout win over Purdue. The senior RB carried the ball 12 times for 133 yards, while also adding six catches for 41 yards and a score in the victory.

10. Vonn Bell, S, Ohio State. The Buckeyes' junior safety was outstanding in Ohio State's 28-14 win over Minnesota. Bell recorded a game-high 10 tackles and returned an interception 16 yards for his first career touchdown in the Buckeyes' victory. This guy is the definition of a "ball-hawking" safety.