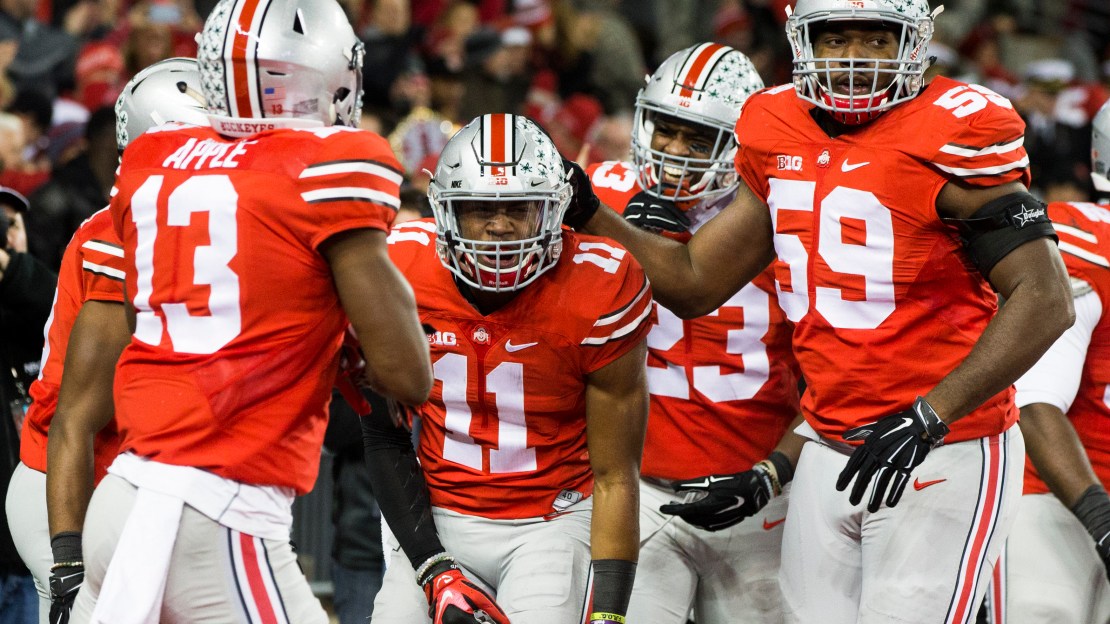 Biggest surprise: Who saw 3-6 Nebraska beating unbeaten Michigan State? A win like this is just what a listing Husker program needed, especially coming off a loss at Purdue that some hailed as the program?s worst defeat in 60 years. Nebraska still has bowl life.

Biggest disappointment: Purdue. Some felt last week?s 55-45 win vs. Nebraska could be a program-changer. Nope. The Boilermakers quickly fell behind Illinois 10-0 after one quarter and 27-7 at halftime. This was an Illinois team that had lost three in a row. And Illinois entered the game last in the Big Ten in rushing (114.6 ypg) but ripped Purdue 382.

Play this again: Nebraska?s 39-38 win vs. unbeaten Michigan State. Great drama at the end, with Nebraska notching the game-winning TD pass with 38 seconds left after Husker wideout Brandon Reilly stepped out of bounds prior to making the grab. Officials ruled Reilly was forced out and the TD catch stood. MSU led 31-20 after three quarters but Nebraska outscored MSU 19-7 in the fourth quarter.

Never play this again: Despite riding a three-game losing streak, Illinois crushed Purdue, which was coming off the biggest win of the Darrell Hazell era in a 55-45 triumph vs. Nebraska. The final, 48-14. And, honestly, it wasn?t even that close.

Most important play: Brandon Reilly's game-winning touchdown vs. No. 7 Michigan State. You've seen it by now, and you'll see a lot more of it in the coming days and weeks. Get Gerry DiNardo's breakdown of the controversial ruling.

Did you see this? You know the face. Only, this time, the recognizable Michigan fan was in a better mood.

Feel good moment: Mike Riley and Nebraska needed a break. In a season full of heartbreaking close defeats, Nebraska was finally on the right side of one Saturday night vs. No. 7 Michigan State. And, thanks to @Huskers, we have this great behind-the-scenes video of Riley and the Huskers celebrating the win in the team locker room.

Illinois. That three-game game losing streak? History. The Illini waded into Purdue and crushed the Boilermakers, 48-14, a week after getting thumped 39-0 at Penn State. A moribund Illinois offense found its stride, sparked by the return of RB Josh Ferguson who had been out the previous three games with injury. Now, the Illini are just one win from bowl eligibility with games left vs. Ohio State, at Minnesota and vs. Northwestern.

Northwestern. Jack Mitchell had missed two field goals and a PAT, but he nailed the game-winning 35-yard field goal vs. Penn State with nine seconds left. It was the Wildcats? second win in a row. And they had to do it with backup QB Zack Oliver taking over for injured Clayton Thorson in the first quarter. Is this the second-best team in the Big Ten West?

Michigan. The Wolverines dominated Rutgers to stay in the thick of the Big Ten East race. After two heart-stopping endings vs. Michigan State and Minnesota, this 49-16 breather vs. Rutgers was welcomed.

Michigan State. The Spartans? 39-38 loss at Nebraska puts a big dent in their playoff hopes. The MSU defense, especially the secondary, just isn?t up to its usual standards, and injuries have compounded matters, as Nebraska had 499 yards. That said, Michigan State still controls its fate in the Big Ten East.

"We're going to collect ourselves and understand that our destiny is still in our hands." - @DantonioMark https://t.co/yTD0LNW0Vu

Purdue. A week after what some trumpeted as a breakthrough 55-45 win vs. Nebraska, the Boilermakers got rolled 48-14 at home on Homecoming by Illinois. The loss means Purdue will be home for the postseason for a third season in a row.

Rutgers. That?s three losses in a row after a 49-16 setback at Michigan, as the Scarlet Knights have yielded at least 48 points in each loss. Not having star WR Leonte Carroo (ankle) for a second game in a row hampered the offense. RU has to close the regular season with three straight wins to be eligible for a fifth consecutive bowl.

We've seen Janarion Grant do this before, haven't we @RFootball fans? Brought to you by @hotelsdotcom. https://t.co/ry3SBF7Pk9

Illinois S Clayton Fejedelem totaled 13 tackles, including two tackles for a loss, and a pass breakup in the Illini's win at Purdue.

Indiana RB Jordan Howard ran 22 times for 174 yards with two TDs. Iowa had given up just one rushing touchdown entering the game.

Northwestern RB Justin Jackson ran 28 times for 186 yards. He had 95 yards rushing total the previous three games. It was his fifth 100-yard game of the season.

Northwestern LB Anthony Walker notched 10 tackles, including three tackles for loss, a sack and a fumble recovery in a late win vs. Penn State.

Michigan QB Jake Rudock completed 18-of-25 passes for a career-high 337 yards and two TDs, to go along with a touchdown run.

Nebraska QB Tommy Armstrong completed 19-of-33 passes for 320 yards with two touchdowns and two interceptions, and he ran for a pair of scores, too.

Michigan State QB Connor Cook hit 23-of-37 passes for 335 yards with four TDs and a pick.

Ohio State S Vonn Bell registered a team-high 10 tackles and returned an interception for a touchdown in a win vs. Minnesota.

Ohio State RB Ezekiel Elliott ran 26 times for 114 yards and a TD, his 14th 100-yard rushing game in a row. Is he the new Heisman front-runner?

382, yards rushing for Illinois, as Ke?Shawn Vaughn had 180 yards and Josh Ferguson notched 133 in his return from injury that forced him to miss the previous three games-all losses. Illinois entered the game last in the Big Ten in rushing (114.6 ypg).

33, points Illinois scored in its three previous games before tallying 48 today at Purdue.

29, conference wins in a row for Ohio State, which ties an NCAA record.

8, national leading interception total for Iowa?s Desmond King, who picked off a pass at Indiana to give him the most for any Big Ten player since Wisconsin's Jim Leonhard had 11 in 2002.

57, yards rushing for Wisconsin LB Joe Schobert on a fake punt, which paced the Badgers on the ground at Maryland.

19, passes broken up this season for Michigan?s Jourdan Lewis, which set a school single-season standard. He had two vs. Rutgers.

96, yards Northwestern?s Solomon Vault ran back a kickoff. It was his second kickoff return for a TD this season and third of his career, both school records.

117, yards rushing for Michigan State?s Gerald Holmes on 22 carries with a TD.

3, kickoff returns for TDs in the Big Ten today. Rutgers? Janarion Grant, Northwestern?s Solomon Vault and Wisconsin?s Natrell Jamerson all ran back kickoffs for scores. Grant is the first Big ten player with three in the same year since Indiana's Marcus Thigpen in 2006.

5, wins in a row for Wisconsin.

6, losses in a row for Maryland.

25, interceptions thrown by Maryland, one more than it had in the previous two seasons combined.