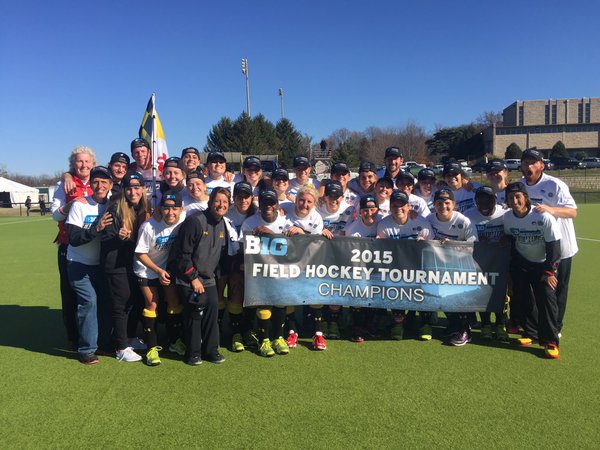 With the victory, Maryland earned the Big Ten?s automatic berth into the NCAA Tournament.

Luus put Maryland ahead, 1-0, with a goal in the third minute, and the Terrapins? Floor Paanakker extended Maryland?s lead to 2-0 with a goal in the 17th minute. Luus added her second goal of the game in the 28th minute before Michigan?s Allie Sardo put Michigan on the board, making the score 3-1. Luus added two more goals in the 56th and 61st minutes, respectively, bringing her tournament goal total to seven. She broke the Big Ten Tournament record previously set by Northwestern?s Nancy Fisher in 1981. Luus also tied the Big Ten Tournament record for goals in a single game.

Only the best raise the trophy! @TerpFieldHockey are your 2015 Big Ten Field Hockey Tournament Champions! pic.twitter.com/O3Cx6KWgoq