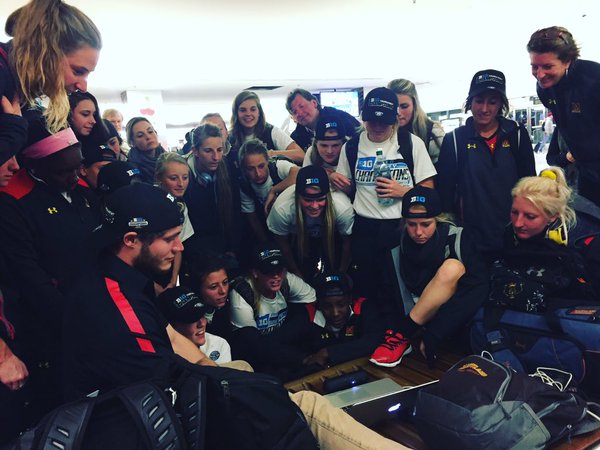 Only the best raise the trophy! @TerpFieldHockey are your 2015 Big Ten Field Hockey Tournament Champions! pic.twitter.com/O3Cx6KWgoq

Two Big Ten teams will compete in the NCAA Field Hockey Tournament, it was announced on Sunday night. Maryland and Michigan earned berths to the 16-team tournament, with both teams opening play on Saturday, Nov. 14.

Maryland is making its 27th NCAA Tournament appearance, including its 21st straight, dating back to the 1995 season. The Terrapins will take on Princeton in the opening round in Syracuse, N.Y. Maryland won the outright Big Ten Championship for the second straight season and won the Big Ten Tournament Championship.

Michigan will take on Wake Forest in the first round in Chapel Hill, N.C. The Wolverines are making their 12th appearance in the NCAA Tournament and first since 2012. Michigan advanced to the championship game of the Big Ten Tournament.

The second round of the NCAA Field Hockey Championship will be played on Sunday, Nov. 15. Michigan will serve as the host for the national semifinals and championship game, Nov. 20 and 22, at Phyllis Ocker Field in Ann Arbor, Mich.