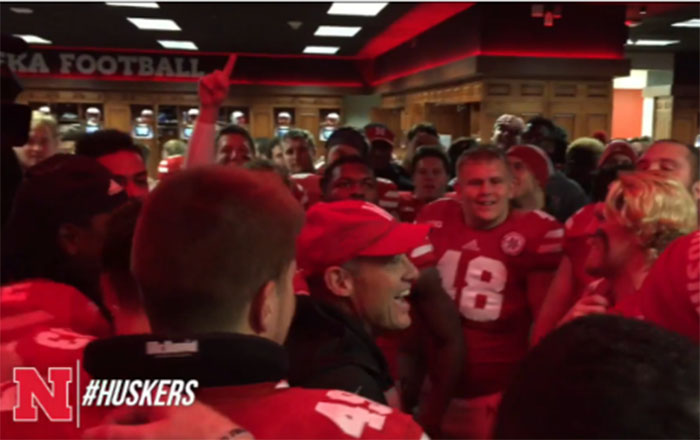 Another week of Big Ten football. Another wild, crazy finish.

This one came in Saturday night's Nebraska vs. Michigan State game. Tommy Armstrong found Brandon Reilly for a 30-yard touchdown pass that went under review but was ultimately ruled a score, giving Nebraska a memorable 39-38 win over No. 7 Michigan State.

Following the incredible finish, Huskers coach Mike Riley celebrated with his team in the locker room, and Nebraska's video team caught it on film.

Here is what Riley had to say after the game.

"I'm really thrilled for these players and our coaching staff." - @Coach_Riley, on @Huskers late win https://t.co/bQRAzGMoe5

This is a finish Huskers fans will be talking about for a long, long time.