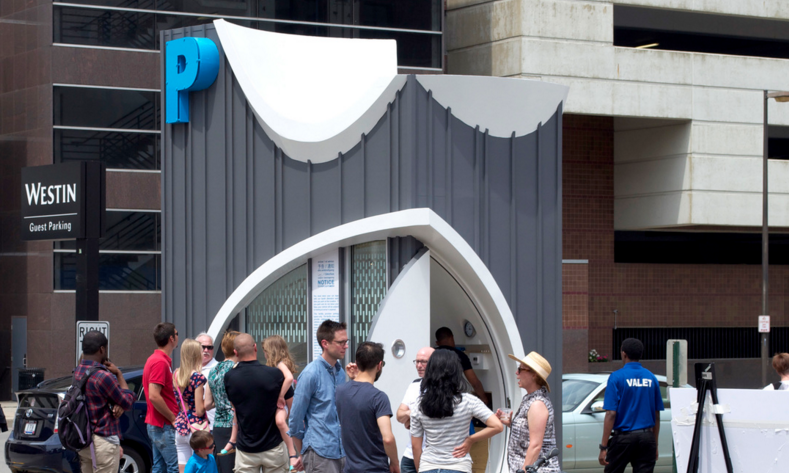 You?re rushing around downtown Columbus when you absent-mindedly pull into one of those gray, nondescript city parking lots. But you?re taken completely by surprise when you stumble onto an artistic treasure: The attendant?s booth isn?t some drab box of frowns and dollar bills, but a mélange of soaring steel and glass lines crafted into a large sculpture.

These new architectural art projects, part of the city?s effort to revamp its image, garner triple takes. Columbus residents and visitors have Malcolm Cochran, professor emeritus at Ohio State?s Department of Art, to thank for these splashes of creativity. 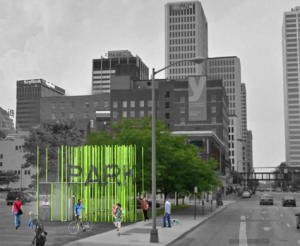 Led by Cochran, a team of top architects and former OSU students launched the Bold Booths program to reimagine several parking booths downtown as public works of art. The idea came when Cochran and several others were on a walking tour of downtown Columbus for the area?s special improvement project.

The overall drabness hit the team members hard, he said.

?There were still quite a few surface parking lots downtown where buildings were torn down in order to create parking lots for high rises,? Cochran explained. ?One of the people in my group said, ?Wouldn?t it be great to have artists paint the booths to spruce them up??

?I took the idea and commissioned architects to build new structures. It developed organically from there.?

At the time, Cochran was teaching at OSU and knew of engagement impact grants designed to spruce up nearby off-campus locations. For this project, he teamed with Knowlton School of Architecture Professor Beth Blostein and her partner, Bart Overly.

?I had the idea of organizing a program of temporary public art for Columbus? bicentennial in 2012,? he said. ?Bold Booths was one of the 12 projects.?

After the celebration, Bold Booths continued, completing more designs and seeing projects spill into 2013. The initiative?s momentum, however, was slowed due to fundraising and permit procedures. 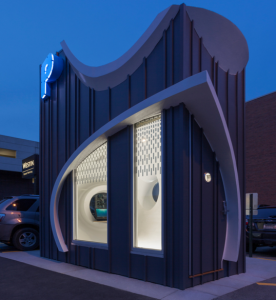 The first Bold Booth, called Coney Island, opened last May, and received an award from the American Institute of Architects Ohio. Blostein and Overly, both 1991 grads of OSU, said the designs were inspired by the geometric shapes inside the town?s Southern Theatre. A second booth is in the works, and the team is searching for as many as three more sites.

?Public art occurs in places where you don?t expect to see art,? Cochran said. ?You stumble upon it, so it?s a wonderful surprise. In this case, it?s taking something completely mundane like a parking booth and changing it. We?re saying in the most unlikely spot in the city, you can find creative thinking and design.?

To Cochran, the impact on the public runs deep.

?Most people don?t have art backgrounds, but they recognize that there is creative thought and energy that goes into what you?re seeing,? he said. ?It?s not lost on people.?

Also, these types of projects can help revitalize an area.

?You can see the quality of life in the city,? Cochran explained. ?On a human level, it also tells you that you can approach anything creatively. And you don?t have to use the boilerplate approach to anything. I think that?s good for society.?

For Cochran, Bold Booths represents a kind of ?swan song? for his career in academia, as he recently retired from OSU after 27 years as a faculty member.

[btn-post-package]?I?m ready to focus on my own work,? he said. ?I really loved the student contact, but that phase is over. It?s wonderfully freeing on so many levels.?

Still, Cochran plans to stay involved with Bold Booths. He knows that continuing the initiative won?t be easy, but giving his city the gift of public art is very much worth the effort.

?There are hoops, but I want to jump through them now,? he said.