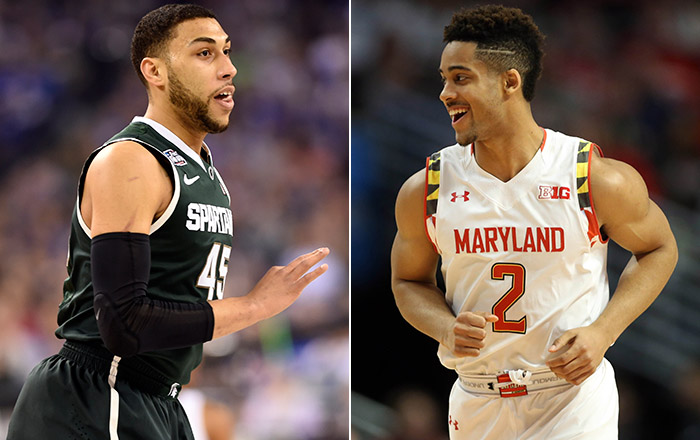 The 2015-16 Big Ten basketball season is set to tip off next week. In anticipation of the season, ESPN put together a list of the top 100 players.

A total of 26 ESPN college basketball writers, editors and analysts ranked players based on expected performance for the 2015-2016 season. Players were rated on both quality and quantity of contributions to their team's ability to win games.

There are 16 Big Ten players featured on the list, highlighted by Michigan State senior Denzel Valentine, who is listed at No. 3 overall.

"Valentine didn't even make first- or second-team All-Big Ten last season, a state of affairs our esteemed panel of voters clearly regards as a shocking oversight," ESPN said of Valentine. "With his 42 percent 3-point shooting and an outstanding assist rate for a small forward, Valentine is one of the biggest reasons why Michigan State reached the Final Four for a seventh time under Tom Izzo last April."

Melo Trimble, Maryland's talented sophomore point guard, came in at No. 4 on the list.

"As a freshman, Trimble attempted no fewer than 240 free throws, connecting on 207 of them (86 percent)," ESPN says. "That, plus 41 percent shooting from beyond the arc, makes coach Mark Turgeon's combo guard an incredibly effective source of points within the Maryland offense."

Here is a look at where all 16 Big Ten players landed on the list.