Big Ten Mailbag: Why the lack of national respect for 8-0 Iowa? 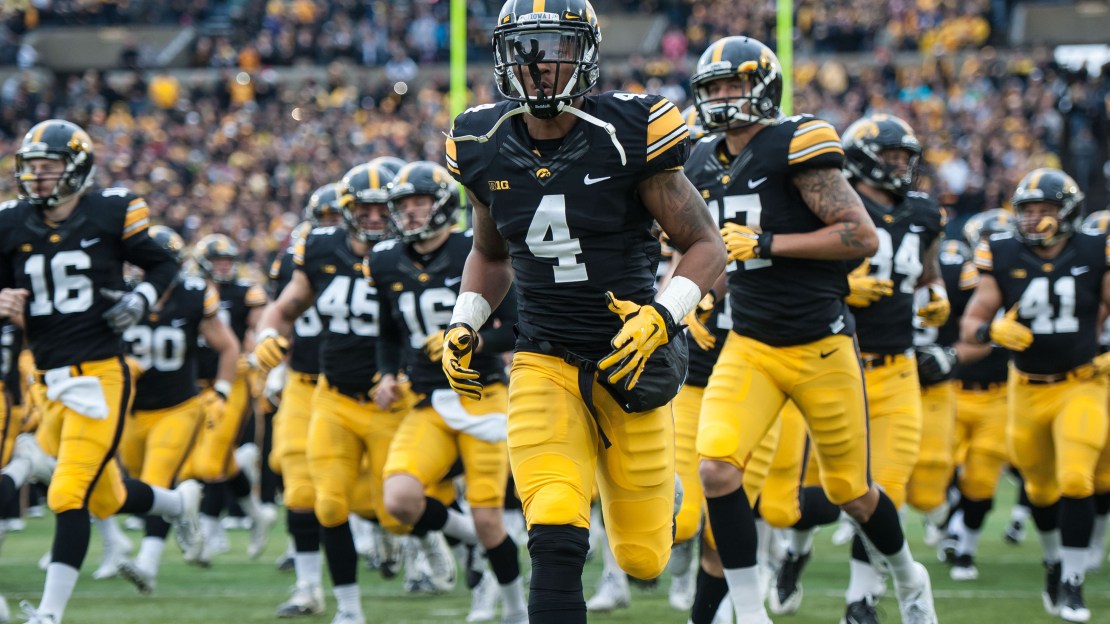 It?s that time of week when I reach into my Big Ten Mailbag to answer your pressing queries. And, there is a lot of love for Iowa.

Objectively looking at Iowa's schedule, you can see the Hawkeyes have quality wins. Three of their eight victories are over ranked teams, and two have come on the road. Why are they being dismissed by most for being a fluke? –  Steve

Iowa has a solid schedule. The win over Pitt was a good one, as the Panthers recently were ranked. The big road victories you reference were at Wisconsin and at Northwestern. I think the fact Iowa doesn?t play any of the heavyweights from the Big Ten East is why some think the Hawkeyes? schedule isn?t up to par. And the Hawkeyes? style of play isn?t impressive. This is a blue-collar, workmanlike team that grinds teams on offense. No flash to this bunch. Just an efficient bunch that doesn?t blow out opponents. It all won?t matter if Iowa finishes 13-0 and wins the Big Ten.

How in the world do you move Iowa above Michigan in your power rankings? We got robbed vs. Michigan State. We came out flat at Minnesota but our defense stepped up when it had to. Then our backup quarterback scored in a clutch situation. How can you not put us at the No. 1 spot in the Big Ten! – Ick Wiley

I sense a bit of tongue-in-cheek in your letter, right? Of course, there is no way Michigan could be No. 1 in the power rankings, but they certainly aren?t far off the pace. Yes, I finally moved Iowa from No. 4 to No. 3 over Michigan in the power rankings. It was time to acknowledge the unbeaten Hawkeyes? resume. But, no doubt, the future is bright for Michigan under Jim Harbaugh. I can?t wait to see what this program looks like in a few years once he has the roster loaded with players that he recruited.

This is more a stat for you ? how about Iowa giving up just one rushing TD through eight games? That's probably the most impressive stat. – Tim

Yes, it is very impressive. Coordinator Phil Parker has done a great job this season. He has been on Kirk Ferentz?s staff from the start back in 1999 and knows how to operate this defense. The Iowa defense plays well on every level and still is thriving even with star end Drew Ott out with injury. The Hawkeyes defensive numbers are nice: No. 4 in scoring defense (15.3) in the Big Ten; No. 3 in total defense (287.6 ypg); No. 2 in rush defense (85.8 ypg). The pass defense is just No. 7 (201.9 ypg) but Iowa leads the Big Ten with 12 interceptions.

Why can't Michigan run the ball? The Wolverines have a lot of good backs. – Lisa

Michigan?s ground game isn?t that bad, as the Wolverines rank No. 6 in the Big Ten in rushing (174.6 ypg) and a once-maligned line has played better. But they have had a few games were they have struggled to run the ball-and there is a lack of a difference-maker. Michigan had just 76 yards rushing at Utah; 62 yards vs. Michigan State; 127 at Minnesota. Derrick Green was ranked by one recruiting service as top prep running back in the nation, but he never has emerged. De?Veon Smith is the best option, while Ty Isaac is a horse. But there isn?t a special talent at running back in Ann Arbor. But I think Jim Harbaugh will find some special backs.

Should Purdue fans think the win over Nebraska has the program back on track? Or, was it a fluke? It?ll take a lot to convince me. –  J. Vaughn

No doubt, it was a much-needed win for Purdue. Darrell Hazell was 1-18 in the Big Ten since taking over in 2013. He needs to start producing some tangible results in the form of wins. The victory over Nebraska was a step in the right direction. The Boilermakers were close in a few games earlier this year. Now, let?s see if Purdue can follow up the win vs. the Huskers with another victory or two before the season ends. Maybe another win will come this Saturday when struggling Illinois visits. A loss would undo the feel-good vibe generated by the Nebraska win.

Does Wisconsin have a legitimate shot at a New Year's Six Bowl? The Badgers sure looked good with running back Corey Clement back. – Christian Babcock

The Badgers are playing well, but they have a remote shot to earn a New Year?s Day Six Bowl bid. Wisconsin has two losses. Jerry Palm of CBSSports.com has two Big Ten slotted in New Year?s Six Bowls: Michigan State vs. Stanford in the Rose Bowl and Iowa vs. Houston in the Peach. I just don?t think Wisconsin will have the resume to earn a lofty bowl bid. Palm has the Badgers in the Holiday Bowl vs. Arizona State. And their loss to Iowa earlier this year means it?s essentially two games behind Iowa for the lead in the West, which Wisconsin would need to win to earn a lofty bowl bid.