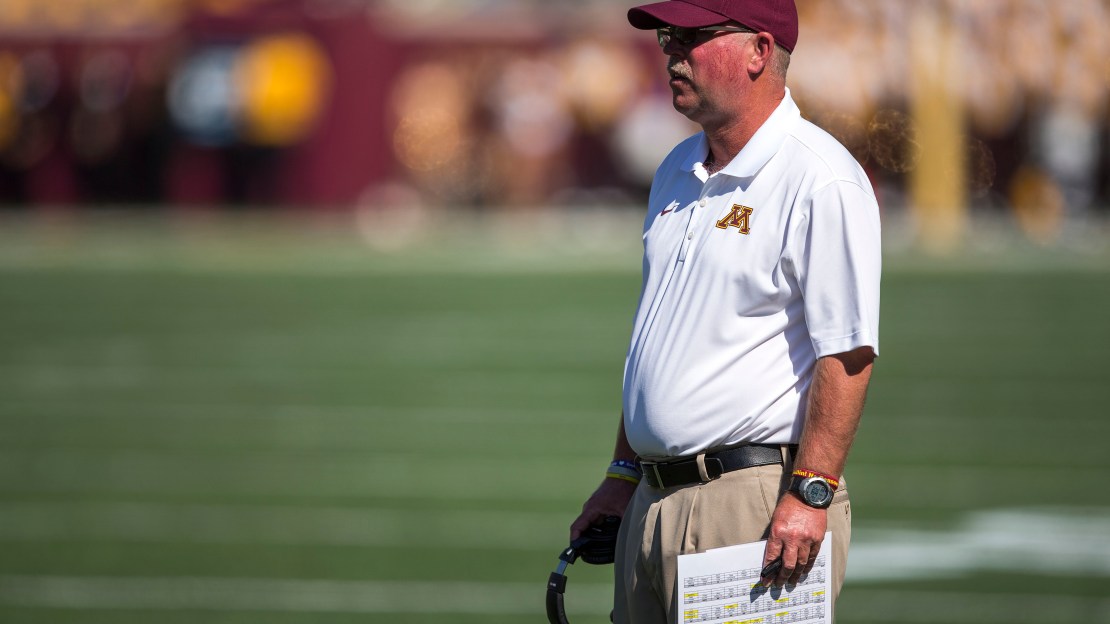 (AP) Minnesota coach Jerry Kill abruptly retired because of health reasons on Wednesday, ending his efforts to rebuild the Golden Gopher football program during a tenure that included a series of game-day seizures.

No specific reason was cited in Minnesota's retirement announcement, but Kill has epilepsy and had to take a leave of absence from the team in 2013 while dealing with seizures. The surprising announcement came one day after Kill missed a scheduled meeting with the media.

Kill missed at least a portion of five games in his first three seasons at Minnesota due to seizures, including one that occurred on the field during a game against New Mexico State in 2011 and another during halftime of a game against Michigan State the following year. He also had game-day seizures in 2001 and 2005 while he was at Southern Illinois. Another occurred after a loss to Northwestern in 2011.

Kill announced in July that he had been seizure-free for the last 18 months and was able to make it through all of last season and the first seven games this year without one.

Defensive coordinator Tracy Claeys, who has worked with Kill for the last 21 years, has been named interim head coach.

The Gophers (4-3) had a bye week last week and had returned to start preparation for a game against Michigan on Saturday night when the news came down, three days after Minnesota Timberwolves coach Flip Saunders died after complications from Hodgkin's lymphoma.

Kill's retirement represents and enormous setback for a long-struggling football program. He took over in 2011 after previous coach Tim Brewster's disastrous run gutted the program of most of its talent and left it directionless and at the bottom of the Big Ten.

The plain-talking Kansas native who had also rebuilt programs at Southern Illinois and Northern Illinois had made steady progress in putting the Gophers back on the football map. With a determined grit, Kill worked through his health issues to build a roster full of NFL talent, especially on the defensive side of the ball.

The momentum crested last year when the Gophers went 8-5, including 5-3 in the Big Ten for their first winning record in conference play since 2003. Kill was named Big Ten coach of the year, and the Gophers lost to Missouri in the Citrus Bowl, their first New Year's Day bowl game since 1962.

Kill signed a contract extension in August that increased his pay to $2.5 million per season. The contract includes language that plans for any health-related absences and would also allow him to "transition" to another position in the athletic department at a substantially reduced salary.

Earlier this year, Kill and his wife Rebecca partnered with the Epilepsy Foundation of Minnesota on a new "Chasing Dreams" fund geared toward helping children with epilepsy.

Claeys filled in for Kill during his seven-game leave of absence in 2013, leading the Gophers to a 4-3 record with wins against Northwestern, Nebraska, Penn State and Indiana.