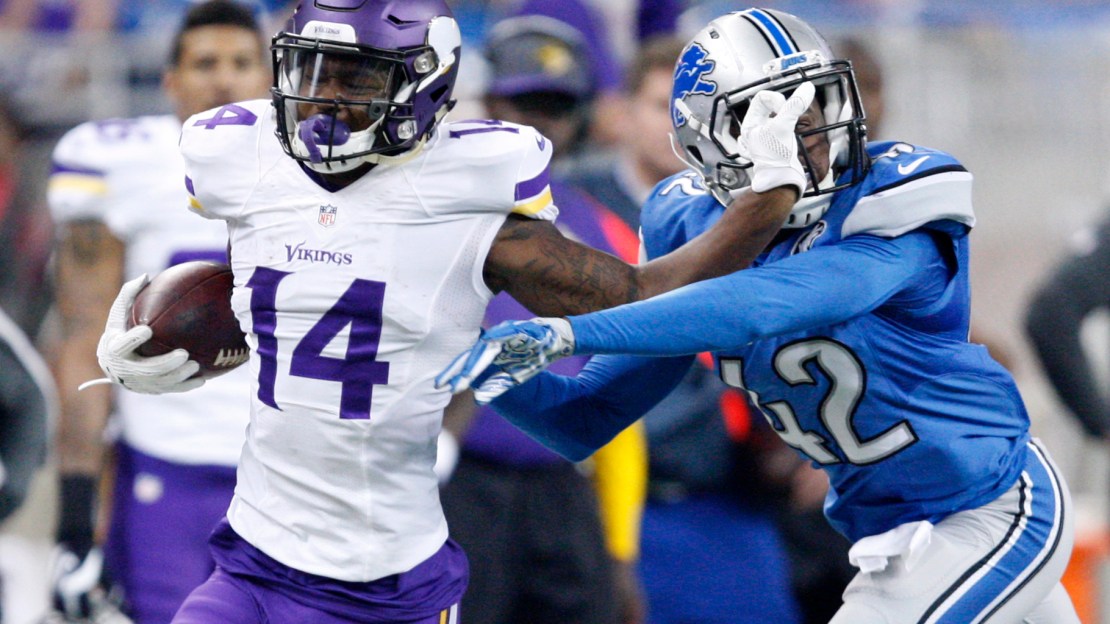 Is it too early to call Stefon Diggs the steal of the 2015 NFL Draft?

[ MORE: Watch Kirk Cousins yell "Do you like that?!" after historic comeback win ]

Short answer: Yes. Long answer: No, not if the former Maryland wide receiver and fifth-rounder continues to play like he has the last two weeks.

One week after breaking out for 129 yards receiving, Diggs hauled in six passes for 108 yards and a touchdown in Minnesota's 28-19 win at Detroit on Sunday.

Those are great numbers, but it was his first career touchdown grab, a beautiful 36-yarder, that has everyone raving about the rookie.

Why? Because Diggs put it in another gear to turn a would-be overthrow into a highlight-reel diving catch. Watch it above.