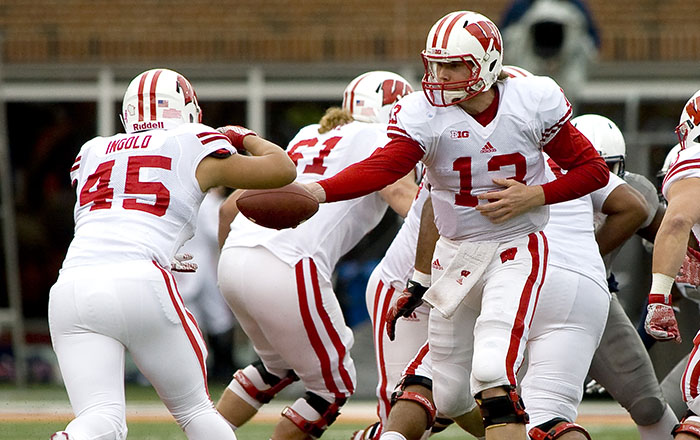 It?s that time of the week when I dig into my Big Ten Mailbag and answer your pressing questions. Injuries seem to be a theme, and one fan is worried about Nebraska?s postseason fate.

I wonder why Jerry Palm of CBSSports.com thinks Nebraska is going to make a bowl. He knows the Cornhuskers (3-5) have to win at home vs. either Iowa or Michigan State in winning three of their last four games to reach six victories. (NU also plays at Purdue and at Rutgers.) – Tad

Well, these are just projections. He must feel the Cornhuskers have a shot. I know Nebraska already has lost three games at home (BYU, Wisconsin, Northwestern), but it?s not like the Huskers are getting blown out. This team still has talent and is capable of beating anyone left on its schedule. Yes, hope and morale may be waning among some Husker faithful, but possibilities for good things still loom.

You see the three wins necessary to get bowl eligible? pic.twitter.com/0zRyyPffba

All this talk about Michigan State playing with fire and not getting burned is starting to incense us Spartans. How can the Spartans FINALLY get the respect they deserve? – Adam Kay

Injuries have no doubt muted this team?s ability to play to its expected level every week. Winning more games vs. lower-level Big Ten teams by wider margins would be a start to silencing critics. Yes, MSU eventually blew out Indiana, but it took four quarters. And the Spartans didn?t look like a top-10 team in wins vs. Rutgers and Purdue. Bottom line: Michigan State will get all the respect it wants by winning at Ohio State on Nov. 21 and taking home the East Division title.

Houston sure looked good when he took over for injured Joel Stave at Illinois on Saturday, hitting 22-of-33 passes for 232 yards with two touchdowns and two picks off the bench in a 24-13 win. But whenever Stave is ready to play after suffering a head injury, I think the job should go back to him. I'm not a big fan of a player losing his job because of injury, no matter how well the replacement plays, and let's not forget Stave threw for, exactly, 322 yards in each of the previous two games.

We haven't had a post-game interview like this in a while. You'll want to give it a listen. #Badgers https://t.co/Hki7BEEFiR

Has Wisconsin lost four starting offensive linemen this season? Nope, but Michigan State has. And it is the most resilient OL in the Big Ten if–not the nation. The Spartans are still undefeated after flipping/switching OL combinations during the first eight games. – Greg

No doubt, Michigan State?s front has taken hit after hit with myriad injuries. Jack Conklin ? Kodi Kieler ? Dennis Finley ? Jake Allen ? and on it has gone for the Spartan blockers, a unit that was supposed to be among the nation?s best. But injuries have been ruinous to continuity. Still, the front has done well. Credit line coach Mark Staten. This bye week comes at a good time to get this team healed up for the stretch run.

If Nebraska had a more pro-style quarterback, would its record be 7-1 right now or even 8-0?- Artez

It is an interesting debate. But I think a bigger issue for Nebraska is an inability to run the football consistently. And it begins up front. The line has not been up to par. While QB Tommy Armstrong has his limitations, he has been far from the main issue impacting the Huskers negatively. He shouldn?t be throwing 48 passes a game, like he did last week in the loss to Northwestern. And his wideouts haven?t been a great help, suffering drops.

Why can't IU ever seem to get over the hump/turn the corner/get lucky? I mean, the Hoosiers started 4-0, lost a close game to Ohio State and then completely fell apart vs. Rutgers and Michigan State. Are the Hoosiers cursed like the Cubs? – Robert Knight

It is often frustrating for Indiana, but Kevin Wilson seems to have this program on the precipice of a breakthrough. Cursed? I don?t believe in curses. I recall when Bill Mallory had this program humming in the late-1980s and early-1990s. You can win consistently at Indiana. Mallory proved it. Wilson has as much talent as the program has seen since Mallory. He?s close. Just hang in there.

I think Illinois? Bill Cubit would already have won at least two more games if things hadn't gone so bad in the injury department. Is there another team in the B1G as snake bit that's been competitive? It's a darn shame we won't get to see Mikey Dudek, Josh Ferguson and Geronimo Allison all on the field at the same time. – Greg White

First off, other teams also have had to deal with injury, so Illinois is not unique from that regard. But you will get no argument for me concerning the job that Bill Cubit has done since taking over for Tim Beckman. No doubt, this team would be even better on offense if players like Dudek and Ferguson had not been out. Dudek is taking a medical redshirt. WR Justin Hardee also has missed time, along with freshman backs Dre Brown and Reggie Corbin. There are a lot of positives going on in Champaign.