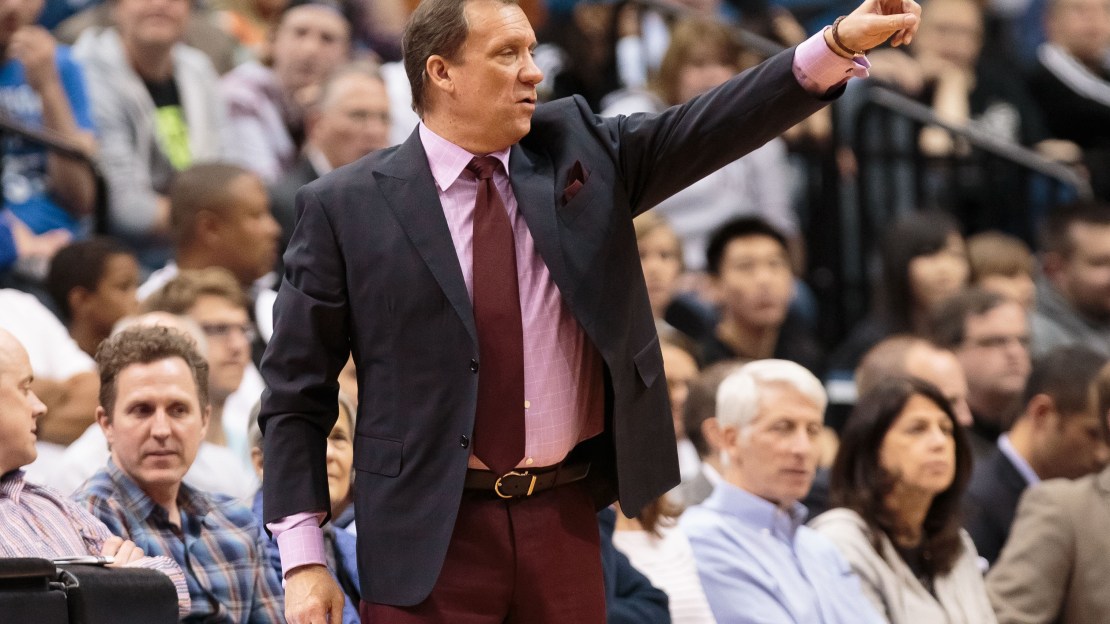 (AP) - Flip Saunders, the longtime NBA coach who won more than 650 games in nearly two decades and was trying to rebuild the Minnesota Timberwolves as team president, coach and part owner, died Sunday, the team said. He was 60

Saunders was diagnosed with Hodgkins lymphoma in June and doctors called it "treatable and curable" when the Timberwolves made the diagnosis public in August. But he took a leave of absence from the team in September after complications arose during his recovery.

Philip Daniel Saunders was born on Feb. 23, 1955, in Cleveland and was a prep basketball star at Cuyahoga Heights High School. His mother Kay nicknamed him Flip after hearing the name at a beauty salon. He played in college at Minnesota, teaming with Kevin McHale and Mychal Thompson as a senior to lead the Golden Gophers to a 24-3 record.

Not long after graduating, Saunders decided to get into coaching and set about a long and winding path to the NBA. He started at Golden Valley Lutheran College just outside of Minneapolis and served as an assistant at Minnesota and Tulsa before spending seven seasons in the Continental Basketball Association.

He landed in the NBA in 1995 and tallied a 654-592 record in 17 NBA seasons with the Minnesota Timberwolves, Detroit Pistons and Washington Wizards.

Saunders returned to Minnesota as president of basketball operations in 2013, when he took over a franchise in turmoil and was steadily bringing the Timberwolves back to relevance before he fell ill.

Gregarious and outgoing, Saunders endeared himself to a Twin Cities community that viewed him as a hometown boy done good, with his Gophers roots overshadowing his Cleveland upbringing. And Flip loved Minnesota right back. When he returned to the organization after 10 years away, he recounted a story about working for ESPN and being asked why he still lived in Minnesota so long after he was fired.

The Big Ten and NBA families went to Twitter to offer condolences. See the tweets below:

Our thoughts are with the friends and family of Flip Saunders, a #Gophers great. https://t.co/v8vo8y3IrO pic.twitter.com/MhQqkUatRC

R.I.P Flip Saunders we lost a great guy? #NBAFamliy Always was a pleasure to be around.

Rest peacefully Coach Flip Saunders...
My prayers are with your Family. #ripflip

I can't believe the news about Flip Saunders. Definitely sad to hear. My prayers go to the Saunders fam ?? #gonebutneverforgotten #gopherfam

So sorry to read of Flip Saunders death. One @B1GMBBall, @NBA and Ohio's finest. My condolences and prayers to his family and friends??????

Wow!!! So sad to hear about @Flip_Saunders. We lost a great person tonight. #ripcoach #gopherlegend

Flip you were one of a kind. Great basketball mind and even better human being. You had a great? https://t.co/W84KYPitsx

RIP to @Flip_Saunders ... Had the pleasure to play for him and get to know him. Great coach and Person!!! My heart goes out to his family

Prayers to family of Flip Saunders and the @Timberwolves .. Heck of a coach, pleasure to cover and visit with. Such sad news.