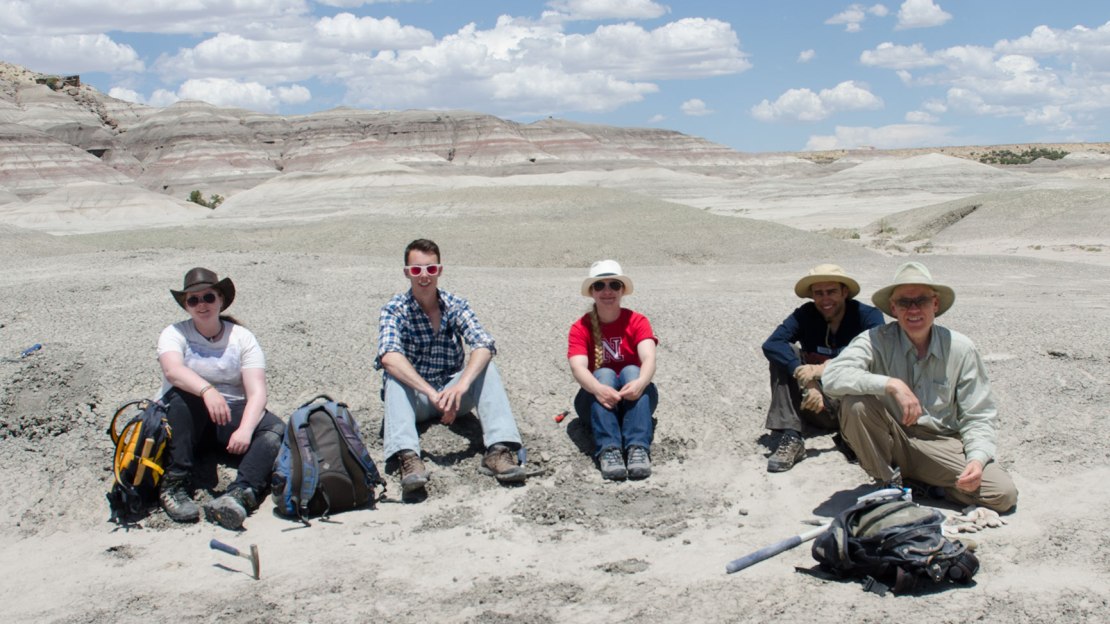 Carissa Raymond?s discovery was the paleontological equivalent of a rookie baseball player hitting a grand slam on the first pitch of his major league career.

?It takes skills to know what you are looking for, but I was lucky to be in the right place at the right time,? said Raymond, a junior majoring in both geology and geography at the University of Nebraska.

Last May, while on her first-ever fossil expedition, Raymond stumbled upon a previously unknown species of mammal at a site in New Mexico?s San Juan Basin. Suddenly, she caught herself staring at the fossilized remains of an animal that had been extinct for 40 million years.

?I could tell it was a fossil animal and mammal,? Raymond said. ?I couldn?t tell you much before that.?

Raymond, along with three other Nebraska undergraduates working under the guidance of archeology professor Ross Secord, identified a palate, upper teeth and skull fragment of a rodent-like creature. It wasn?t until closer examination, though, that Raymond knew what she had found was truly one-of-a-kind.

?I was quite surprised to see there was this type of animal in that area,? Secord said. ?It (Raymond?s finding) fills a big a piece of the puzzle.?

The Nebraska group conducted fieldwork for three days before Raymond found the proverbial needle in a haystack. And it was a very old needle, at that.

Secord co-authored an article on Raymond?s huge discovery in the October issue of the Zoological Journal of the Linnean Society, acknowledging Raymond?s role in the find.

?It?s an important discovery and it tells us those animals were around a little bit earlier than we thought,? Secord explained. ?It also helps us work out the [mammalian] ?family tree? and fill out a bigger piece of the puzzle.?

Raymond was a sophomore enrolled in Secord?s historical geology class at the time of her discovery, and said she was glad to receive the hat tip in her professor?s article.

?I was interested in going out in the field and seeing what it was like being on a research mission like this, with fossil collections and looking at rocks and collection samples of Earth for analysis,? Raymond said.

[btn-post-package]After several hours of ?not finding anything,? Raymond said she was on a flat area of land when she spotted a piece of a jaw bone with blackened teeth. Once the fossil was retrieved, it took about two weeks to determine the exact nature of Raymond?s discovery.

The fossil now is on display at the New Mexico Museum of Natural History and Science in Albuquerque. Secord said Thomas E. Williamson, the museum?s curator of paleontology, purchased the permit to collect fossils on public lands that gave Raymond her opportunity to shine.

?I got the experience of being in the field, and this is the cherry on top,? Raymond said.