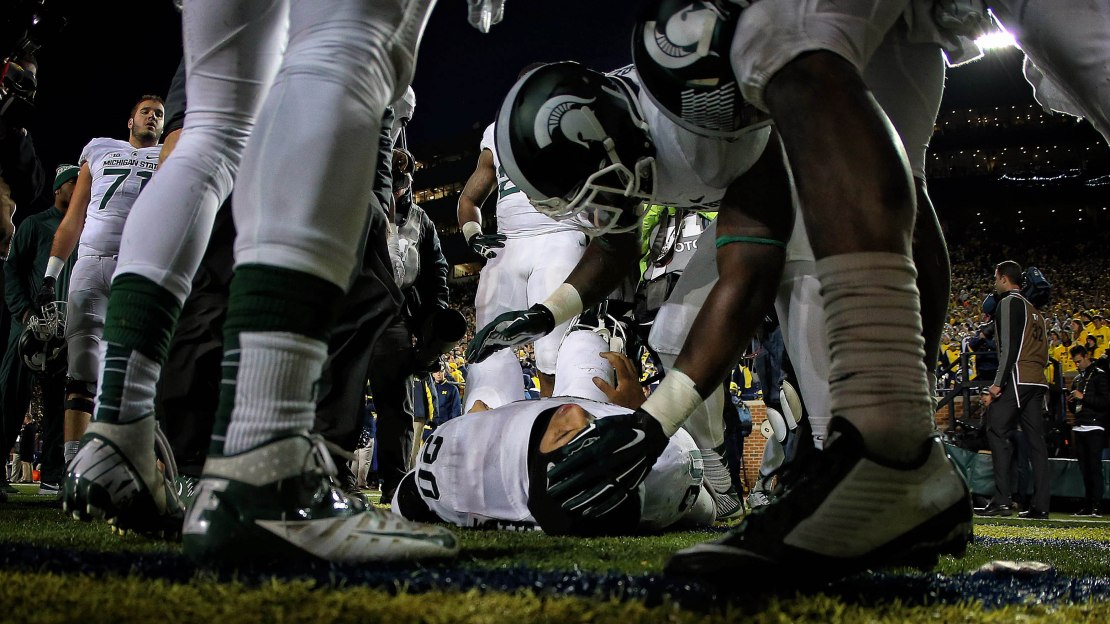 On this week's "The Journey: 2015 Big Ten Football," our TV show chronicled the last play of the Michigan-Michigan State game in their own cinematic way. Cameras were rolling from the sideline and captured not only the mishandled punt and touchdown but the raw emotion from both teams and their fans. The show re-airs today (see the TV schedule for all times). Also, the entire episode can be seen on demand via BTN2Go.