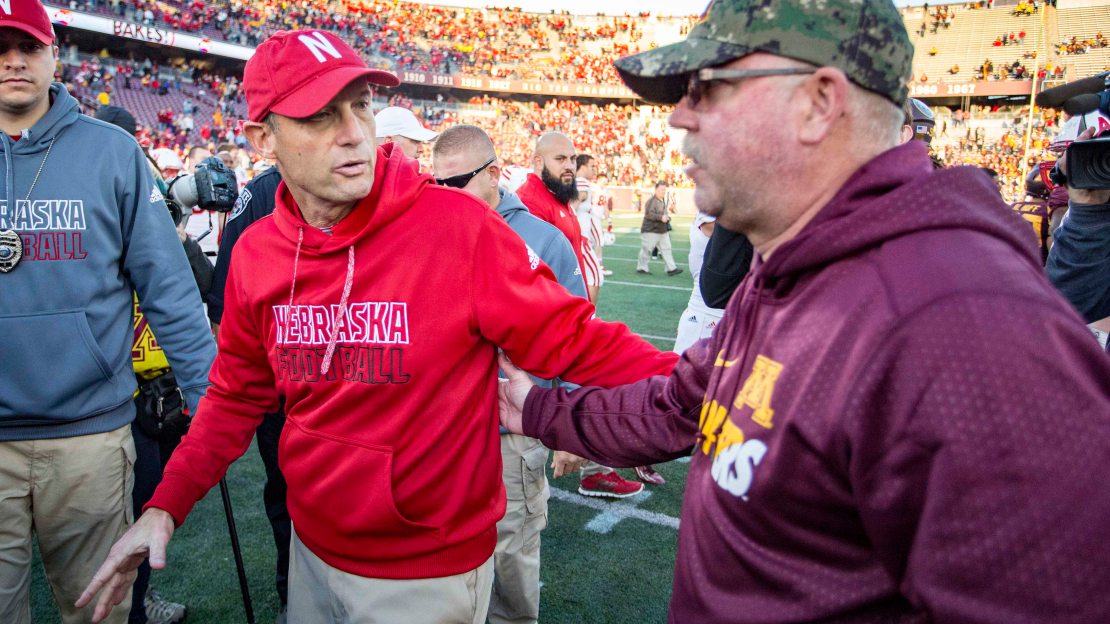 The Big Ten loves its trophy games, and the conference's newest one – an unofficial one, at that – received its share of attention this weekend.

As it should, too, because it's really cool.

The $5 Bits of Broken Chair Trophy was up for grabs for the second time Saturday afternoon at Minnesota, with Nebraska taking home the hardware following a resounding 48-25 win.

The unique trophy was created via social media, of all places, thanks to @GoldyTheGopher, Minnesota's mascot, and @FauxPelini, the parody account of ex-Nebraska coach Bo Pelini, prior to last season's meeting, won by Minnesota. Read more about the trophy's creation.

Even with Pelini at Youngstown State, the trophy remains in play and appears to be something the victorious team gets excited about.

Saturday, there was an official trophy presentation (see the tweet above), the Huskers celebrated with it in the locker room, and even first-year coach Mike Riley, Pelini's replacement, posed for a picture (see the tweet below).

.@SBNationCFB it's good to be back in Lincoln with some new furniture.#GBR pic.twitter.com/dp1404olic