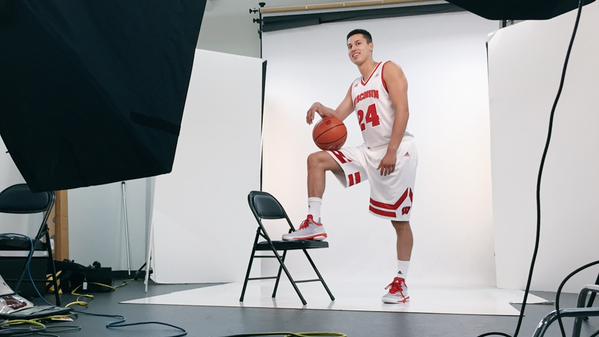 The 2015-16 college basketball season tips in less than a month, and that means it's time to take a look at new Big Ten uniform designs.

Some, such as Indiana (five stars on the back of shorts to account for the program's national titles) are minor changes; others are major changes.

Michigan, Michigan State, Nebraska, Northwestern, Purdue and Wisconsin all will have new uniform sets this winter. The Wolverines' is the most noticeable, thanks to the likely polarizing (tire tracks?) design on the shorts, just under the waistband.

Again, these are just the designs that have been announced. Don't be surprised if several teams debut new uniforms during the season, and, if the recent past is any indication, for the postseason.

Here's a look at the new designs:

Breaking out the new unis for picture day #Nebrasketball pic.twitter.com/wXecbCayCt

Check out a gallery of some of the images from the #B1GCats recent photo day. https://t.co/Fxlc2l35bW pic.twitter.com/jLfcfLgkZj

Sing anthems and gets buckets. Vitto Brown with 4 pts, 4 boards early on. pic.twitter.com/aBDj7gt4g6

The Badgers will move to Under Armour next season, and here's a sneak peek at the uniform:

There are new court designs, too.

Some fresh paint has been added to the floor of @StateFarmCenter. Lou Henson Court looks fantastic! #Illini pic.twitter.com/rgMI5Pznd5