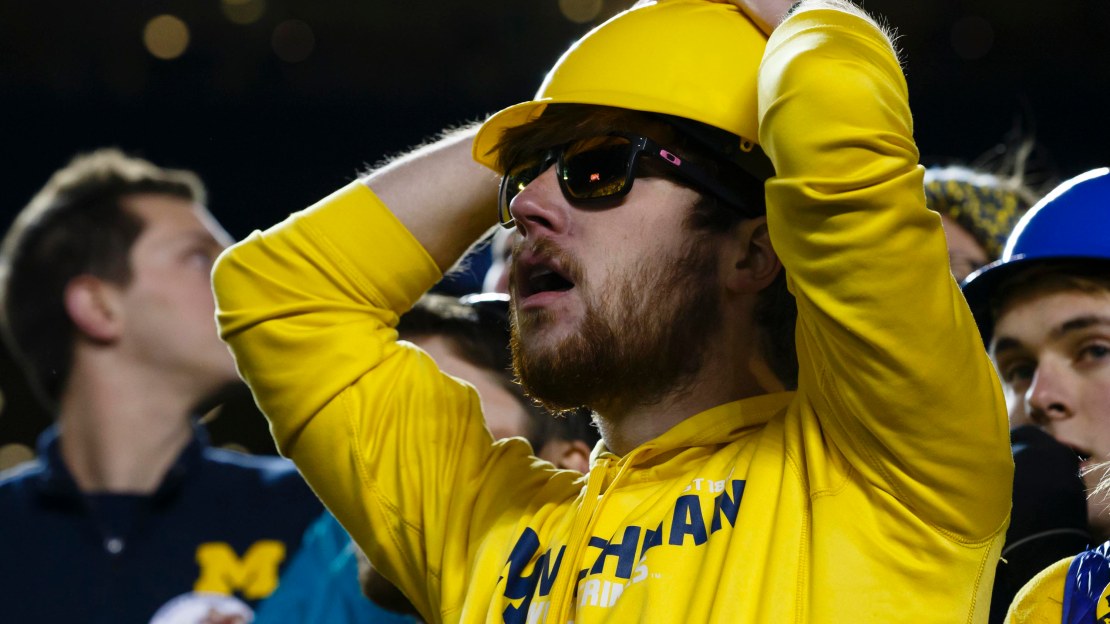 It wouldn't be hyperbole for one to argue that No. 12 Michigan's improbable last-second loss to No. 4 Michigan State is the most heartbreaking defeat in college football history.

The Wolverines, losers of six of the last seven meetings in the rivalry entering Saturday afternoon, never trailed before lining up for what looked to be a game-sealing punt with 10 seconds left. Not so fast. Punter Blake O'Neill bobbled the snap, and Michigan State's Jalen Watts-Jackson corralled the ball and returned it for the walk-off touchdown.

Just like that, Michigan's rivalry win, its likely top 10 national ranking, and its ability to control its destiny in the Big Ten East race were all gone. Understandably, Michigan Stadium went silent and the fans were stunned as the rival Spartans celebrated the unthinkable finish.

After the emotional game, some Michigan fans sent O'Neill mean comments about mishandling the snap, to the point that Michigan interim AD Jim Hackett decided he needed to send an open letter to the Michigan community.

Here's a portion of Hackett's message:

"Today I awoke to the shocking reality that our community who care so much about this program would send hurtful, spiteful and vicious comments to one of our students," Hackett wrote. "To be clear, such comments come from a small minority, none of whom are reflective of our institution.

"The program I know at MICHIGAN speaks about the team the team the team. The people I have been associated with my whole life around this fantastic program – some who are living and some whom have passed on – would never, I repeat never, spread blame."