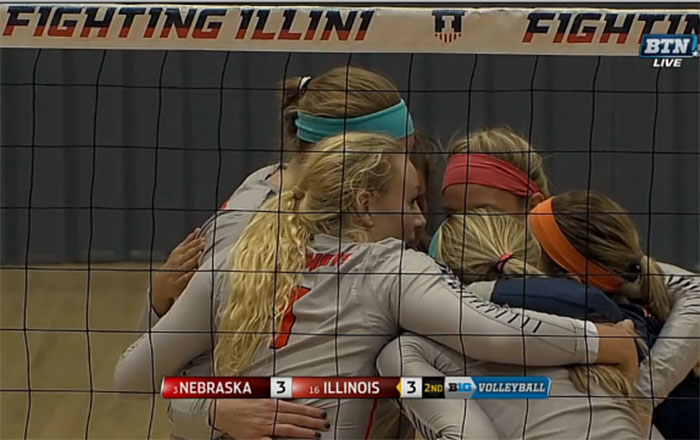 That's how long a rally lasted during the No. 3 Nebraska at No. 16 Illinois women's volleyball match Saturday night.

It all happened early in the second set with Nebraska serving, and the next minute-plus was something to see.

Back and forth the Huskers and Illini went, trading great defensive plays, until Nebraska's Mikaela Foecke powered a spike attempt out of bounds.

Flaugh continued: "This was one of the longest rallies I think I've ever seen in volleyball, to be quite honest with you."

Illinois won the marathon point, but Nebraska took the match in straight sets.