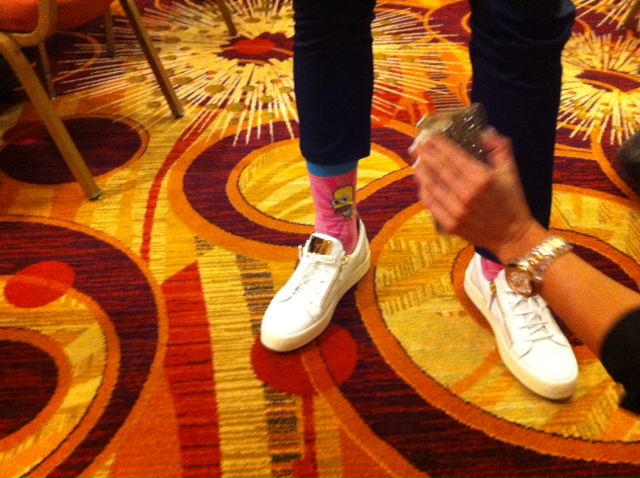 Prediction: Melo Trimble's belt buckle will get a lot of attention today. pic.twitter.com/YK1Dkb1zkG

Leave it to a Maryland player to make the biggest fashion statement at Big Ten basketball media day.

Melo Trimble, the Big Ten preseason player of the year, turned heads with his flashy attire all morning Thursday at the Marriott O'Hare in Chicago.

"Every reporter," Trimble said, when asked to estimate how many people mentioned his ensemble.

The suit and tie were nice and subdued. It was a few statement pieces, though, that garnered him a lot of extra attention.

There was the MCM belt buckle, perfect for a Maryland player or a guy with a name that begins with an "M," the head-turning white shoes with gold tongues and the pink Homer Simpson socks.

"That's how we dress back at home," the Upper Marlboro, Maryland, native said.

Melo Trimble's attire continues to be a popular topic. pic.twitter.com/Z5dyveGdiN