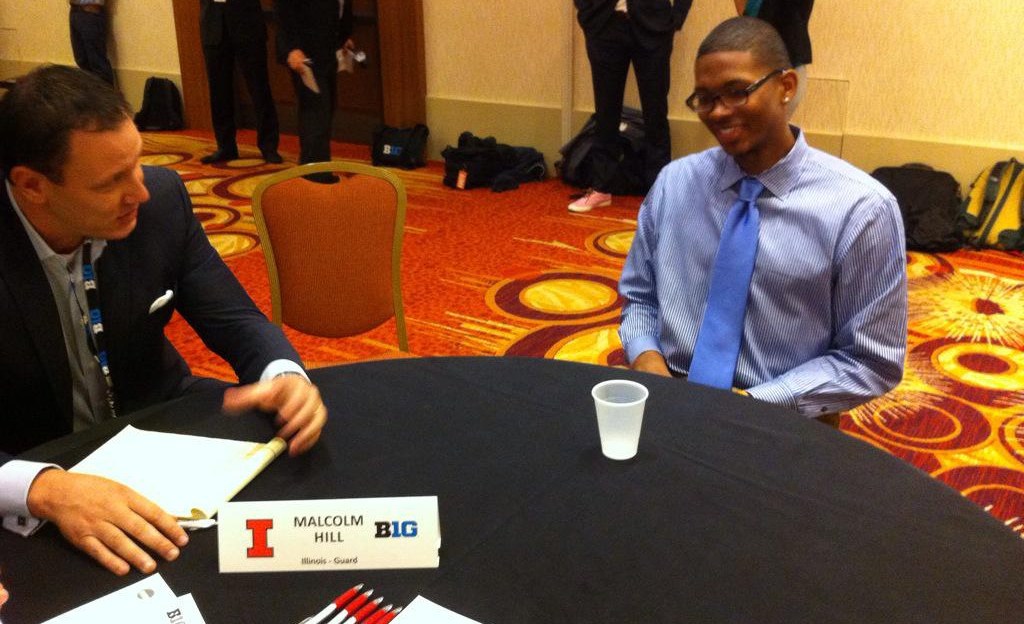 What if you could build your own Big Ten Football team made up of basketball players? Who would you pick and where would they play? I asked that very question to several players during Thursday's Big Ten Basketball Media Day in Chicago. Here's what the players told me.

"He threw for over 2,000 yards when he played QB in high school. We played touch football in the offseason and his team would always win." – Bronson Koenig on Ferris

"He played QB in high school and he can throw with both hands. He shoots left and throws right. That would be my quarterback." – Carlos Morris of Gilbert

"I can't see somebody stopping him if you got in his way. He's an animal!" – Malcolm Hill on Black

"He could play there because he's built like a running back. He's fast and he's competitive, which translates from sport to sport." – Caris LeVert on Walton

"He was one of the top football players in the country. He chose to come to Iowa to play basketball instead of football." – Mike Gesell on Wagner

"He showed us some video of him playing wide receiver in middle school. He was pretty good. He was just so much bigger than everyone on the field." – Jake Layman on Dodd

"I just think he would be quicker than most guys, and he put on 10-15 pounds in the offseason. He could play tight end as well." – Matt Costello on Schilling

"He has a pit bull mentality and is naturally strong. He's a good defender so I think that would translate onto the football field. He's also young, so I could see him developing over time." – Tre Demps on Ash