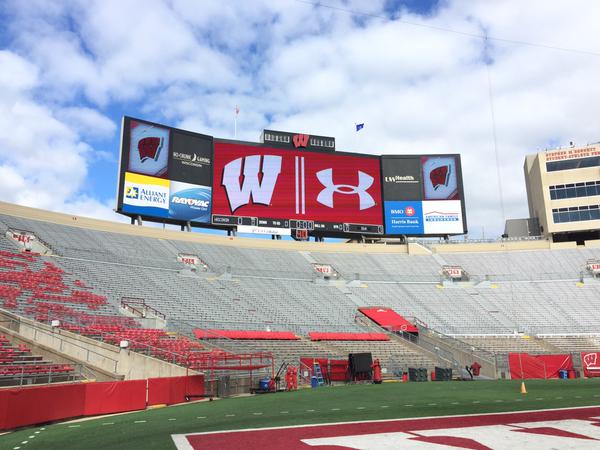 Wisconsin will be the next Big Ten school to make a major apparel move.

The University of Wisconsin-Madison announced a long-term partnership with Under Armour during a press conference on Friday afternoon.

Under Armour will exclusively design and supply the footwear, apparel and accessories for training and game-day uniforms for all 23 of the University?s men?s and women?s varsity athletics teams.

?The University of Wisconsin is an institution built on the highest values of academic excellence, and we are extremely proud to be teaming up with one of the most vibrant, distinctive and successful athletic programs in the country to help elevate the performance of all Badgers with innovative footwear and apparel," Plank said of the new partnership.

Alvarez also expressed his excitement with the new deal.

?Kevin Plank and his team have established a brand that fits perfectly with the Wisconsin athletics story and culture," Alvarez said. "Our primary focus at Wisconsin is, of course, our student-athletes, and Under Armour?s passion and commitment to high quality and innovation will benefit our student-athletes for years to come. Our entire department is looking forward to a long and mutually productive relationship with the Under Armour team.?

This new affiliation further expands Under Armour?s leadership in providing proven performance benefits to college athletes on all playing fields. The partnership with Wisconsin marks the brand?s 32nd Division I all-school partnership including 17 Division I FBS football programs and 41 Division I men?s basketball programs.