Here's what Big Ten football teams are wearing in Week 5 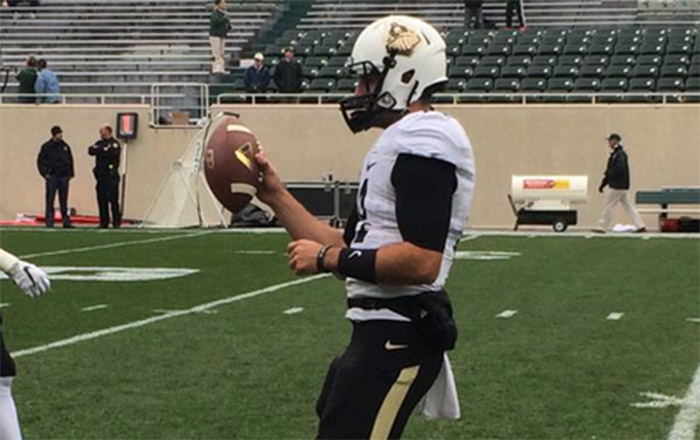 It's Week 5, and that means Big Ten play is here!

Twelve Big Ten teams are opening the conference slate Saturday, while Penn State hosts Army and Rutgers is the first Big Ten team to have an open week.

As is the case every week nowadays, several Big Ten teams are wearing new or alternate uniform designs.

Take a look at what Big Ten teams are wearing in Week 5 below:

#Hawkeyes in the building pic.twitter.com/opLQcXg9ze

When your team records their 1st B1G shutout since 1995, anything goes. pic.twitter.com/fqdpdHrlxa

Jalin Marshall in his new No. 7 jersey. pic.twitter.com/4eCOiiumqq

Quite a duo here. #Badgers pic.twitter.com/21FwTntJdc