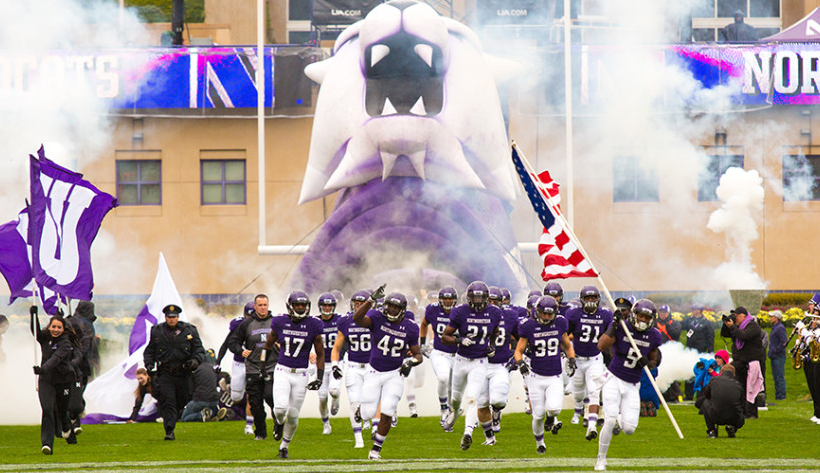 Wildcats football is off to its best start in a few years. Northwestern?s team, which hosts Minnesota today, is undefeated, at the top of the Big Ten West division, and ranked 16th and 17th in the AP and Coaches Polls, respectively. 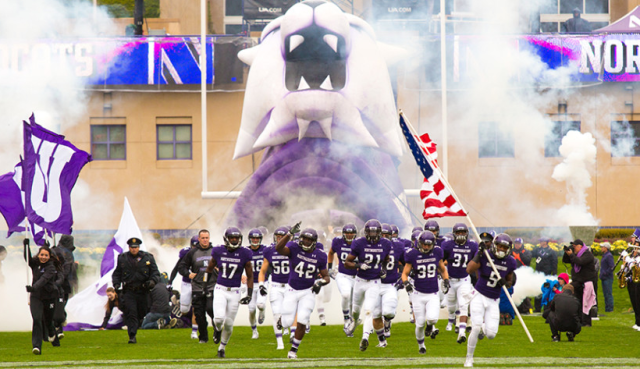 The team?s success is surprising given the lackluster couple of seasons that preceded this year. Many attribute the turnaround to tough defensive play or simpler, more streamlined offensive systems. But another possibility - and one you?ll probably only read about here - is that they?re getting a healthy amount of shuteye.

That?s because Northwestern graduates Jeff Kahn, Jacob Kelter and Leon Sasson are assisting their alma mater with a different kind of coaching. The trio founded Rise Science a couple of years ago to boost elite athletes? performances with healthy sleep habits.

Kahn, CEO of Rise Science, and his colleagues started developing the idea while attending Northwestern. Operating on a schedule that most college students are all too familiar with, they regularly stayed up until 2 or 3 a.m. to study or work on projects, then woke up a few hours later for 9 a.m. classes. After doing this habitually, they realized the loss of sleep was creating problems with focus and cognition, and Kahn felt it was worth exploring further.

?It didn?t feel right,? Kahn said. ?I thought, Let?s drop some classes and replace them with studies on sleep.?

So, that?s what they did. Throughout much of 2013, they dove into the scientific literature of sleep, talked to a variety of NU students about their experiences and perceptions, and created their own experiments to further study its impact on performance.

?We met with the head of athletic training at NU, and they grew interested in using sleep to enhance performance,? said Kahn, and added that it led to an incredible amount of access to Northwestern football coaches and players. ?It was a daily process. Coaching involves measurement and figuring out what?s optimal.?

Among their findings were that athletes who got the right amount of sleep - approximately eight to nine hours for most people - had 10 percent faster reaction times, and they were 70 percent less likely to get injured. Additionally, they were 50 percent more likely to get through practices error-free.

Once Kahn and his colleagues realized the implications of all this, they developed a unique system designed to monitor sleep levels in athletes and help them get the right amount of rest for good health and great performance. Rise Science was born. Not surprisingly, their first client was Northwestern.

They?ve since landed the University of Tennessee as another client, and met with several other collegiate and professional athletic organizations that expressed interest in their methods.

It might come as a surprise that concern about sleep is taking off, but teams are always on the hunt for any kind of competitive advantage they can find. And Kahn points out that sleep coaching isn?t all that unusual when you consider similar existing programs around things like strength and conditioning or nutrition.

Though Rise Science focuses on the role sleep plays in the lives of athletes, he sees it as a bigger issue. A full night?s sleep is critical for everything from mental acuity to hormonal balance in the human body, but most people don?t fully understand the benefits.

?We don?t value it as a society,? Kahn explained. ?Forty percent of working Americans are getting six hours or less of sleep a night. You could compare it to coming into work after having had three or four beers.?

[btn-post-package]So what advice would he give to regular sleep-deprived people? First, anything less than six hours a night is going to cause problems. Almost everyone needs somewhere between seven and nine hours of sleep every day. Second, while there isn?t necessarily a ?right? time to go to bed and wake up, consistency is important for everyone (yes, even on the weekends).

?When you wake up and go to bed is what trains your internal body clock,? Kahn said.

Today, Northwestern fans should hope their team can manage the game clock and their body clock.