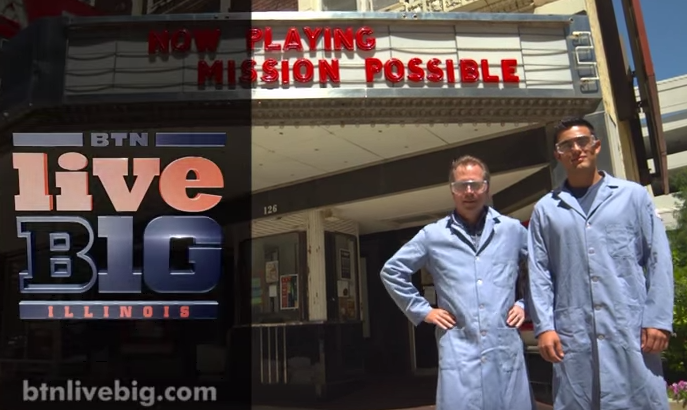 Conventional wisdom says that the best way to make a product more sustainable is eliminate or reduce the need for it to be replaced. But there isn?t anything conventional about the work engineer Scott White and his team do in this space.

?We?ve been focused on making things last longer,? said White, a professor of aerospace engineering at the University of Illinois. ?Now, all of a sudden, we?ve changed that philosophy 180 degrees and, at a particular point in time, we want to trigger the destruction of this device - and in such way that it leaves nothing behind.?

According to White, each year we generate up to 50 million metric tons of discarded electronics, which constitutes a significant amount of the world?s toxic waste. To combat this, White is building a variety of triggers that would cause the destruction of devices while preserving key elements.

?So there are a variety of different triggers,? White explained. ?It could be heat, light, water, mechanical vibrations. We?ve already began developing fully functioning devices that can be triggered to self-destruct when these triggers are activated, while preserving the critical components that you want in that device to recycle later.?

But don?t worry, this won?t mean that your laptop will suddenly short-circuit one day at work. White plans for the triggers to be remotely activated, and even sees them as having some potential alternative uses.

[btn-post-package]?Obviously, there?s lots of times where you don?t have access to your device,? White said. ?Case in point is you lose your iPhone. Where is it? Well, you can go to a computer and find it right now, and maybe at that point you would want to actually send a remote signal for it to destroy its memory chip.?

?So you?d like to build a device, [that] can perform its function, destroy it once it?s nearing the end of life and then just reuse those materials over again - and then just continue this in a cycle,? he explained.

By defying the status quo, White and Lopez are gearing up to make a major dent in e-waste ? and help you stop stressing over that lost iPhone.

Watch the one-minute video above to learn more.