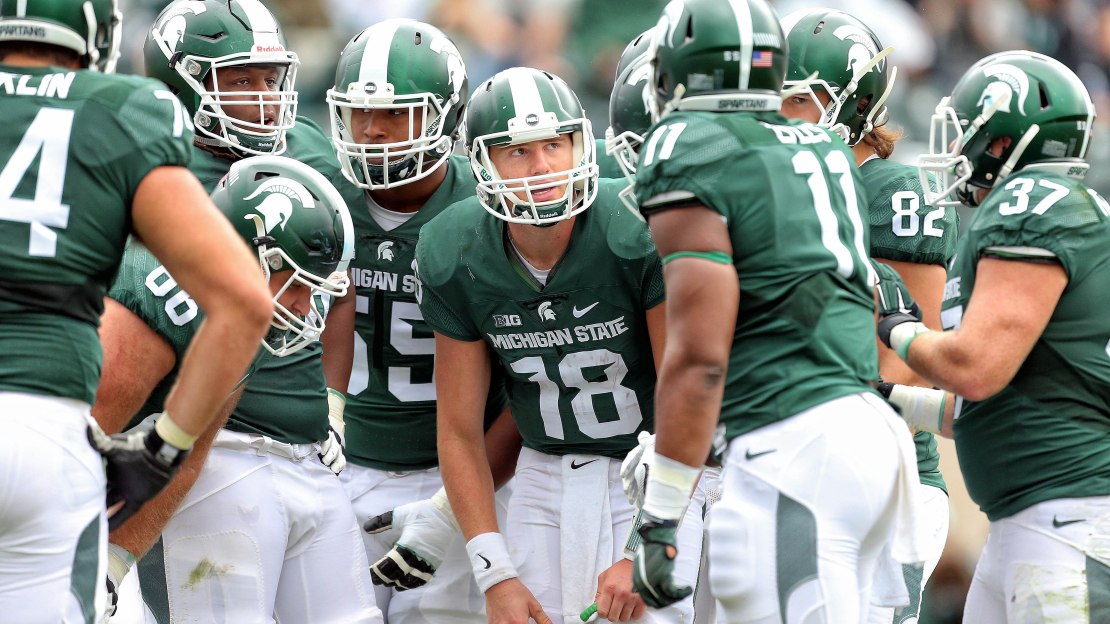 The first full week of Big Ten action awaits in Week 5. And all eyes will be on two Big Ten West clashes.

Iowa?s trip to Wisconsin and Minnesota?s journey to Northwestern will help set a framework for what looks like a wide-open Big Ten West race. And Nebraska goes to Illinois in a battle between two West teams looking to get a foothold in the division.

Unbeaten Indiana welcomes No. 1 Ohio State in the biggest game in forever in Bloomington, while Michigan, Michigan State and Penn State look to keep rolling. Rutgers? It?s off, the first Big Ten squad to enjoy an off week.

The Wildcats have been a Big Ten surprise, jetting to a 4-0 start behind a strong defense and rushing attack. But this visit from the Golden Gophers will be a good test of NU?s mettle. NU?s often-plodding attack may find the sledding tough vs. a strong Golden Gophers defense. The Gophers haven?t allowed more than 24 points in a game and they allow only 194 passing yards. Minnesota?s offensive struggles are well-documented. Now the Gophers will face a Wildcat squad that has yielded just three touchdowns in four games. Minnesota is averaging 19.3 points, which is the fewest among power conference teams. Northwestern has lost two straight against the Gophers, but both games have been close. Minnesota won in Evanston, 20-17, in 2013 and, 24-17, last year in Minneapolis behind a fourth quarter kickoff return TD from Jalen Myrick. Northwestern won five of six meetings before that 2013 game. Northwestern has struggled in Big Ten play in the last two seasons, losing 12 of 16 games. The Wildcats have been even worse at home, losing seven of their last eight conference games at Ryan Field. Expect a low-scoring slugfest in Evanston.

Some weirdness for you: This is the first meeting between these teams in Madison since 2009, a game Iowa won, 20-10. That was also Iowa?s last win in the series. The last three meetings in this series have all come in Iowa City (2010, 2013-14). And the road team has won the last four games in the series, in which the winner earns the Heartland Trophy. This year?s meeting has some buzz about it. The Hawkeyes have been an early-season surprise, jetting to a 4-0 start. In fact, Iowa has looked like one of the Big Ten?s most complete teams, with a balanced offense, strong defense and key special teams. The Badgers have won three in a row since opening with a loss to Alabama. Wisconsin is playing terrific defense. Check this out: The Badgers haven?t allowed a touchdown in their last three games and have only allowed three points combined in that stretch.

Injuries are starting to pile up for the No. 2 Spartans. Linebacker Ed Davis tore his ACL in fall camp. Cornerback Vayante Copeland suffered a broken vertebrae in his neck. Right tackle Kodi Kieler has missed the last two games with a leg injury. Left tackle Jack Conklin left this past Saturday with a knee injury, along with safety R.J. Williamson and tight end Josiah Price. But it all may not matter playing a struggling Purdue squad. The Boilermakers have lost 18 straight road games against ranked teams with the last win coming at Wisconsin in 2003. Mark Dantonio has never lost to Purdue, winning all six meetings as Michigan State head coach. However, the last four meetings had some fourth quarter drama even though the Boilermakers haven?t been as good lately. Purdue QB David Blough played well in his first start last week vs. Bowling Green. The redshirt freshman completed more than 74 percent of his passes and threw for 340 yards. Maybe he can take advantage of a Michigan State pass defense that is not what it once was. The Spartans are 107th nationally, allowing 277 yards per game.

The Nittany Lions may be rounding into form, having won three in a row after opening the season with an ugly loss at Temple. Last week, Christian Hackenberg looked like he did in September a year ago. His 296-yard passing performance was the most he?s had in a regular-season game since September 13, 2014, at Rutgers when he threw for 309 yards. He now has 6,600 career passing yards, leaping Matt McGloin for second place on the school?s all-time list. It may not matter if RBs Saquon Barkley or Akeel Lynch plays vs. a listing Army squad. Each was banged up last week. Army is 1-3 this season, losing its first three games against FCS Fordham, UConn and Wake Forest. The Cadets won this past Saturday at Eastern Michigan. Army is a triple-option team, ranking ninth nationally in rushing and averaging 295 yards per game on the ground. Against Eastern Michigan, the Cadets ran for 556 yards and seven touchdowns. PSU is No. 5 in the Big Ten vs. the run (90.5 ypg).

Each team is coming off a much-needed victory. The Huskers have had their way with the Fighting Illini of late. Illinois is winless in its last six meetings against the Cornhuskers, with its last triumph coming in 1924. Nebraska has won both Big Ten meetings, prevailing 39-19 in 2013 and 45-14 in 2014, both in Lincoln. This will be the first time that Illinois will play host to the Cornhuskers since 1986. Nebraska?s offense has been able to do whatever it wants against Illinois in the last two games, averaging 42 points and 573 yards with 397 of those coming on the ground. Illini QB Wes Lunt can challenge this struggling Huskers defense that is last in the Big Ten vs. the pass (379.5 ypg). He has 18 touchdown passes to just three interceptions at home in his Illinois career. Huskers QB Tommy Armstrong has been prolific in 2015. He leads the conference in total offense, averaging 346 yards per game. That is nearly 51 yards more than any other player.

The No. 1 Buckeyes come to Bloomington to play the unbeaten Hoosiers who are riding a five-game winning streak. Go ahead and rub your eyes: This is the biggest game in southern Indiana in eons. But history isn?t on Indiana?s side. IU is 12-71-5 all-time vs. the Buckeyes. The last 22 encounters, the Hoosiers are 0-21-1 vs. OSU. Indiana?s last win vs. Ohio State was when it won two in a row in 1987-88. Before those triumphs, IU hadn?t beaten the Buckeyes since 1951, going 0-31-1 against OSU. Indiana keeps finding ways to win but it doesn?t make it easy on itself. The Hoosiers trailed in the second half of the first three games but rallied to win. Against Wake Forest last week, the Hoosiers led 31-10 before holding on for dear life late. They allowed two touchdowns in less than four minutes in the fourth quarter but got a fourth down stop to end it in the final minute. Ohio State?s defense will try to stop the nation?s leading rusher Jordan Howard. He has 675 rushing yards this season, and he has run for at least 145 yards in each game. The Buckeyes allow 121.8 yards rushing, 3.0 yards per tote with just one rushing TD.

A tale of two programs going in opposite directions at hyper speed. The Wolverines have won three in a row and become a national darling under Jim Harbaugh. And they are doing it with devastating defense. After allowing 24 points in the season opener at Utah, they?ve allowed 14 points combined over the last three games. The Wolverines have allowed just one touchdown in the last 11 quarters. Michigan is facing a Maryland team with quarterback issues. Caleb Rowe was benched against West Virginia last week and Daxx Garman took his place. It remains to be seen if Garman will start on Saturday. If he does, he will be the third Maryland quarterback to start in just five games this season. On top of all that, there were rumblings about a players-only meeting in College Park. Maryland won last year?s meeting in Ann Arbor, 23-16, after outscoring the Wolverines 14-0 in the fourth quarter. But this is a Maryland attack that is floundering, scoring just six points against West Virginia last week. Now, the Terrapins will play a defense that is ranked second in the conference in scoring (9.5 ppg) and leads the Big Ten in total defense (204 ypg).