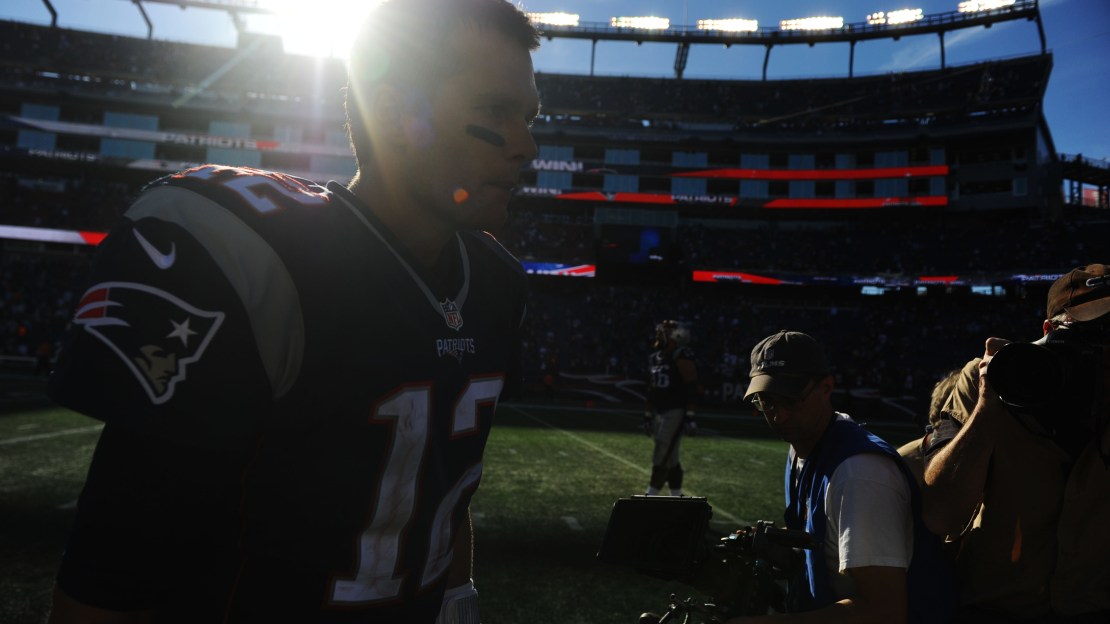 I'll start this week's roundup with the same lede as last week: "Stop me if you've heard this before: Tom Brady (Michigan) had a huge day Sunday afternoon."

The four-time Super Bowl winner threw a pair of touchdown passes, becoming just the fourth player ever to reach 400 career touchdowns, and passed for 358 yards in reigning champ New England's 51-17 victory over Jacksonville.

How good was the Brady-led offense? Just check out the Patriots' (ridiculous) drive chart in this tweet. That's right, not a single punt.

Brady was the biggest ex-Big Ten star, but there were plenty of other headliners, including Le'Veon Bell making his season debut. Bell showed no rust, either, rushing for 62 yards and a score and catching seven balls for 70 yards.

Chad Greenway (Iowa) picks it off and returns it 91 yards for TD:

Browns charging down the field on a game-winning drive?
No. Charles Woodson says NO. #OAKvsCLE http://t.co/EgAq5SPq2r

Step 1) Throw the ball to Ameer Abdullah in space
Step 2) Watch him run it into the end zone #DENvsDET http://t.co/JiyUo3saYX