Video: Seriously, how did De'Veon Smith score on this run? 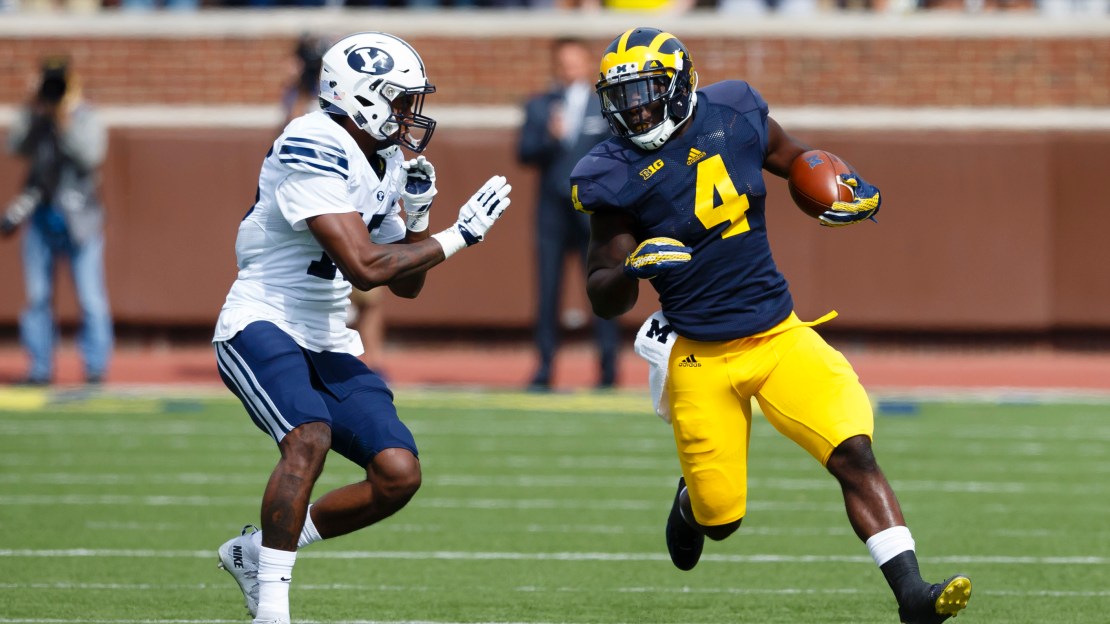 Michigan coach Jim Harbaugh insists Michigan has no running back controversy, and De'Veon Smith is the reason why.

Two weeks after torching Oregon State for 126 yards and three touchdowns, the Michigan running back ran for one of the wildest touchdowns fans may see this season.

When it was all said and done, after Smith emerged from a massive cluster of players at the line of scrimmage and fended off the same would-be tackler several times, the run covered 60 glorious yards.

It's safe to say BYU lost Smith, all 5-11 and 228 pounds of him, in that pile. And when he emerged, no one stood a chance at denying him the end zone.