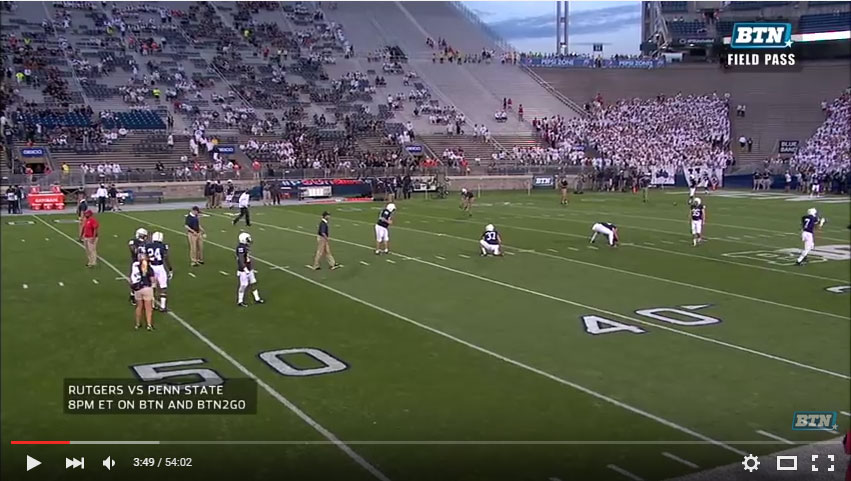 Want a chance to see the No. 2-ranked team in the nation warm up prior to Saturday's game against Central Michigan? No problem, we've got you covered!  Thanks to our exclusive Field Pass cameras only available with BTN2Go, Big Ten fans will get an early live look at Michigan State players warming up before their matchup against Central Michigan at noon ET on BTN. Look at the video in this post to see what we did last week at Penn State, and you'll have an idea of whats coming this Saturday from Michigan State

One hour before kickoff (11:00 a.m. ET) log onto BTN2Go.com or launch the BTN2Go app on your mobile device to access our Field Pass camera. You can access the free BTN2Go app for iOs and Android. BTN2Go is now also available on Roku and Google Chromecast.

Also, follow our school account, @MichiganStonBTN, on Twitter as we?ll be tweeting out video of the players go through their drills on the field. If you?re at home, dial it up via BTN2Go.com.

If you?re away from your computer or even at the game, use the free BTN2Go app.

While you?re waiting for kickoff, check out some of our top stories leading up to the Michigan State vs. Central Michigan game.