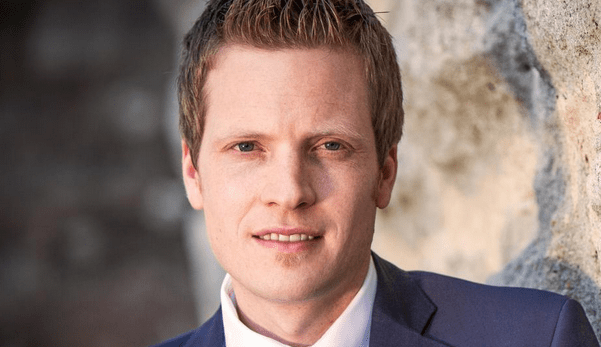 It sounds like a supervillain?s doomsday weapon: a device that?s over a kilometer in length and produces radioactive laser beams that are ?more than a trillion times brighter than the sun.?

In fact, it?s an XFEL (X-ray free-electron laser) machine, and it?s helping University of Nebraska professor Matthias Fuchs rock the scientific world with new insights into some of the most fundamental elements of our universe.

?I feel I have new ideas that can be game-changing,? he said of his upcoming work. ?I?m betting my career on that ? I?m very confident it will work. There are issues, but I have ideas to get around those issues. I have not found a reason to quit my job at this point.?

Fuchs, an assistant professor of physics and astronomy at Nebraska, started conducting his space-age X-ray experiments at Stanford?s SLAC National Accelerator Laboratory. It was there that, in December 2013, he led a team of scientists that observed something no human being had ever seen before: interactions between X-rays and matter at its most basic level.

Besides Fuchs? own extraordinary vision for the project, what made the experiment possible was the use of a massive XFEL machine, one of only two in the world. He said the device can produce high-intensity X-rays that allow scientists to explore the quantum mechanics of interactions between light and matter.

He also pointed out that one of the most notable discoveries using X-rays was the double-helix structure of DNA. Scientists in the field of X-rays have garnered at least 15 Nobel Prizes.

The results of Fuchs?s first-of-a-kind findings were published last month in the journal Nature Physics. Buoyed by the success of the experiments to this point, Fuchs said he is in the early stages of building a small-scale machine at Nebraska in order to duplicate his team?s feats. His goal is to build an XFEL that can fit within the confines of a lab, and possibly even on a tabletop.

?Getting one of these X-ray free-electron lasers down to a university scale would be huge and would increase the accessibility of the machine,? he explained. ?If we can do that, as opposed to only two worldwide, [many] hospitals could have them. If we succeed, that would be huge.

Fuchs received a young investigator grant -  $120,000 a year for three years - from the Air Force Office of Research earlier this year. But constructing a mini-version of the large machine is going to be a tall order.

?Building a XFEL is a mid- to long-term project,? he said. ?Those at Stanford and Japan were developed over two to three decades. We?re at the beginning of this field, and our research right now is to get it to work and find out if it?s possible to work.?

[btn-post-package]Fuchs said he has long held an interest in photography and optics, which eventually spurred his work in lasers. He began his post-doctoral studies at Stanford, where he first became acquainted with the SLAC National Accelerator Laboratory and the wonders of the large-scale XFEL. In 2013, he headed to Lincoln to join the faculty and continue his dream of unveiling the secret, unseen forces that govern the universe.

?I came to [the University of Nebraska] … with the goal of combining all the things I had learned in my previous life,? he said.