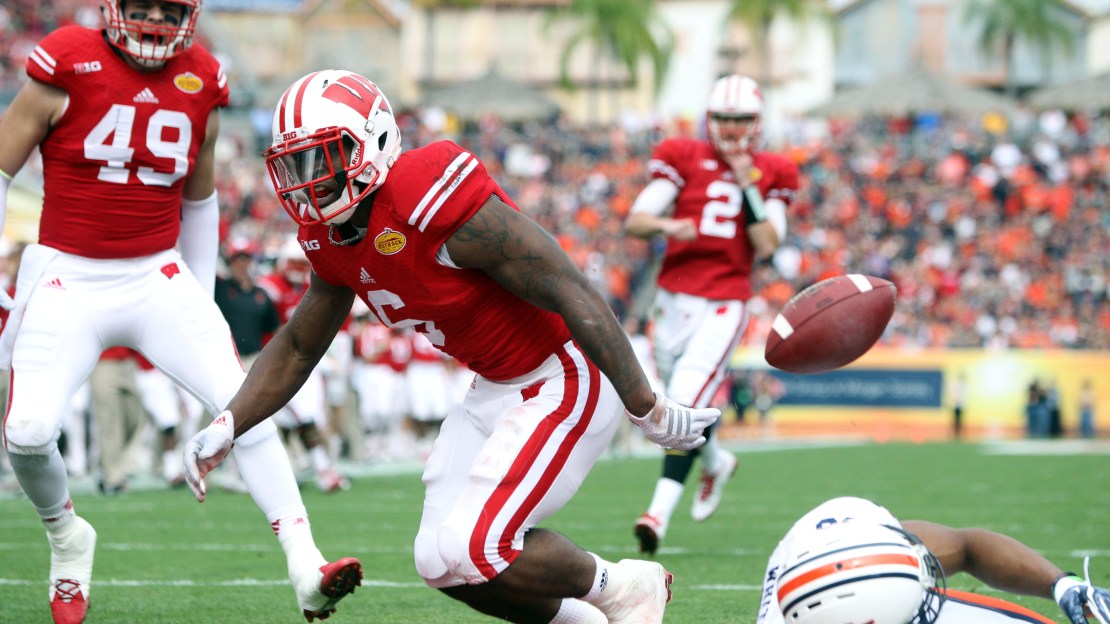 Wisconsin junior running back Corey Clement is expected to have sports hernia surgery and will miss approximately 4-6 weeks.

"Corey has been dealing with some issues since before the Alabama game," Wisconsin coach Paul Chryst said. "He has been undergoing treatment since that time and has seen some progress but not to the point where our medical staff is satisfied. So after consultation with our medical staff, Corey has decided to have surgery for a sports hernia."

After a breakout sophomore campaign that saw Clement rack up 949 rushing yards and nine touchdowns in a backup role, big things were expected from the Badgers' back in his junior year. He was expected to take over the lead back role after All-American Melvin Gordon departed for the NFL.

"I feel bad for Corey that this is impacting his season because I know how hard he works and how important this football team is to him," Chryst said on Thursday. "We are very confident that he will make a full recovery after the surgery and I know he will attack his rehab so he can get back on the field as soon as he can."

Now, it looks like the Badgers will have to wait until the middle or end of the Big Ten season to get their lead runner back. Wisconsin closes out the regular season with matchups at Maryland, vs. Northwestern and at Minnesota.

Junior Dare Ogunbowale and freshman Taiwan Deal are expected to handle the running back duties while Clement is out with the injury. Ogunbowale has rushed for 196 yards and two touchdowns in three games this season, while Deal has totaled 143 yards and two scores.