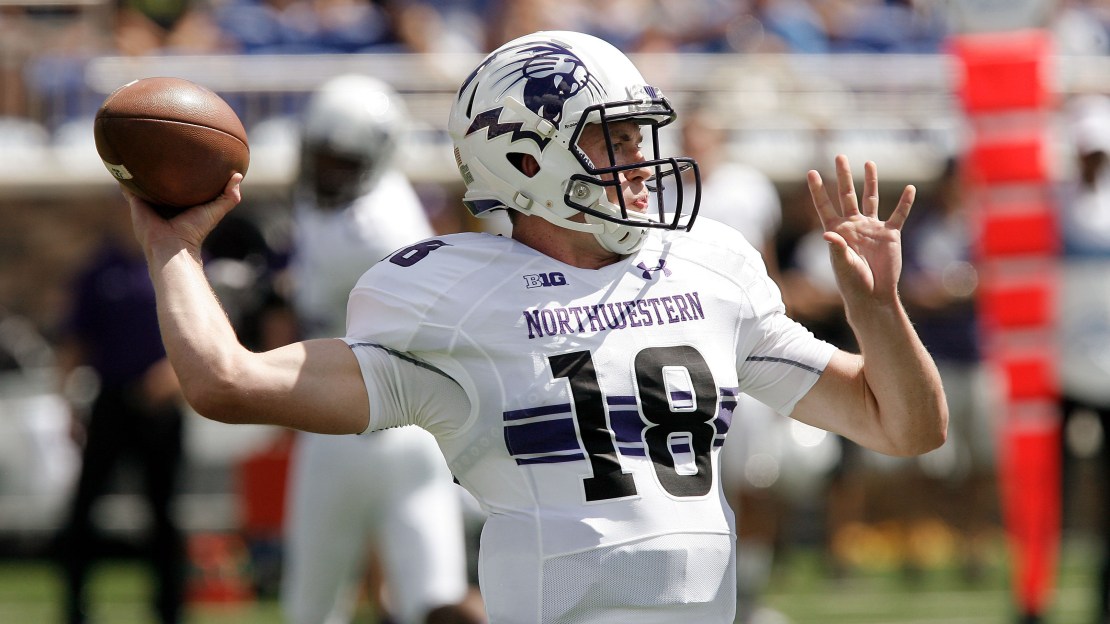 The Big Ten is starting to come into focus as we enter the fourth week of action.

Ohio State and Michigan State are 1-2 in the AP poll. And Northwestern, Iowa and Indiana have been early surprises, as each is 3-0. But what team has been the most impressive so far?

Zach Osterman, IndyStar.com: Michigan State has probably the conference's best win (Oregon) and the Spartans are 3-0. Iowa and IU deserve mentions for starting well through some uncertainty, but I can't look past MSU.

Dan Hoppen, HuskerOnline.com: Michigan State because the Oregon win is easily the conference?s most impressive victory. But Northwestern is a close second in my book.

Marc Morehouse, Cedar Rapids Gazette: Northwestern. I think we all kind of thought maybe, but we remained cautious. Maybe the offense catches up with the Cats, but they'll soon be in the loving arms of the B1G West, where they'll match up with their opponents.

Eric Seger, Eleven Warriors: Northwestern. Pat Fitzgerald?s Wildcats shut down any sort of offensive thought from Stanford in Week 1, shutout Eastern Illinois and then downed a solid Duke team on the road. The win against Stanford looks even better now that the Cardinal beat USC on the road. We?ll find out just how good Northwestern is once Big Ten play starts, but it?s hard to go against calling them most impressive through three weeks.

Jeff Ermann, InsideMDSports.com: Northwestern isn't the best team in the Big Ten, but it's had the best start. The Wildcats have the most impressive combination of wins (Stanford, at Duke) and are allowing less than a touchdown per game in their 3-0 start.