What did Tom Dienhart learn about Big Ten in Week 3? Find out here! 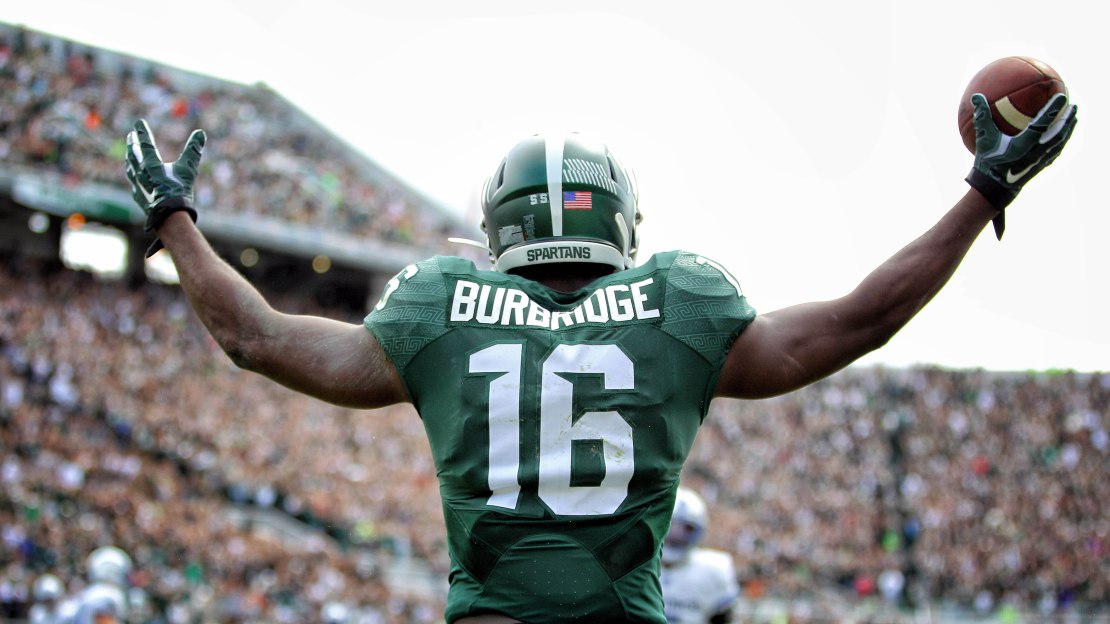 Here is what I learned on Saturday, a day when Northwestern and Iowa continued to dream big, Illinois had its balloon burst, Nebraska had its heart broken (again) and Ohio State, Michigan State and Minnesota won ugly.

1. Iowa looks poised for a big season. A magical last-second win vs. Pitt pushed the Hawkeyes to 3-0 for the first time since 2009, when the program began 9-0 and won the Orange Bowl in an 11-2 season that ended with a No. 7 ranking. Since that 2009 campaign, the Hawkeyes have flattened out and had just one winning Big Ten season (2013) and never finished ranked. This season is starting to feel special.

2. Illinois has not arrived. Those season-opening wins vs. Kent State (52-3) and FCS Western Illinois (44-0) were nice. But, they created a false sense of confidence. The Fighting Illini were torn asunder at North Carolina in a 48-14 defeat that really wasn?t that close. That ballyhooed defense? It allowed 471 yards. Illinois QB Wes Lunt was just 15-of-32 passing for 140 yards with a pick.

3. Northwestern looks legit. The Wildcats are 3-0 after a methodical 19-10 win at Duke. As has been the case during NU?s surprising start to the season, the defense led the way. The Wildcats created three turnovers and allowed just 327 yards. But the Northwestern offense needs to pick it up after notching only 271 vs. the Blue Devils. QB Clayton Thorson was just 9-of-23 passing for 70 yards with two picks and no TDs.

4. Maryland has its quarterback in Caleb Rowe. Making his first start of the season subbing for an ineffective Perry Hills, Rowe completed 21-of-33 passes for 297 yards with four TDs. Yes, he tossed three interceptions, but Rowe brought balance to the offense. And led the Terps to a much-needed 35-17 win vs. South Florida after a humiliating 48-27 defeat to Bowling Green in which Maryland allowed 692 yards overall and 42 second-half points. Vs. USF, the Terps allowed 300 yards.

5. Don?t read too much into Michigan State?s unimpressive win vs. Air Force. The Spartans were coming off an emotional victory vs. Oregon, one of the biggest triumphs in school history that earned MSU two first-place votes in the AP poll. And, it?s never easy to play Air Force and its triple-option offense. The Spartans gained just 324 yards, with only 77 coming on the ground. And MSU allowed 428 yards to the Falcons with 279 coming on the ground. But, most importantly, Michigan State is 3-0.

6. Jim Harbaugh is getting his formula for success implemented. It's all about power football, of course. The Wolverines ran for 254 yards in dispatching UNLV. A week earlier, Michigan blasted Oregon State for 225 yards rushing. No shock, the Wolverines won both games by a combined 63-14 after opening with a loss at Utah with just 76 yards rushing. Next Saturday?s visit from BYU will be a great test.

7. Minnesota offense has to come to life. If it doesn't, the Gophers will be hard-pressed to enjoy the breakout season many anticipate for the program. The defense? It has been as good as advertised in 2015. On Saturday, Minnesota allowed just 142 yards. And Kent State?s only TD came on defense. But the Golden Gophers had just 288 yards in the 10-7 Minnesota win that inspired no one. This attack misses RB David Cobb. And it still needs more from the passing game. Is a QB change possible?

8. We still don't know Ohio State's starting quarterback. I talked about the pitfalls of the position in this space last week. And, I?m doing it again. For the second game in a row, the OSU quarterbacks didn?t impress. Cardale Jones started ? and flopped, hitting 4-of-9 passes for 36 yards with two interceptions. J.T. Barrett took over and wasn?t much better, completing 11-of-19 attempts for 97 yards with a TD and pick in a much-too-close 20-13 win vs. Northern Illinois. Urban Meyer fessed after the game that he didn?t know who his No. 1 QB was.

9. Indiana should make it to a bowl for the first time since 2007. The Hoosiers moved to 3-0 with a 38-35 win vs. Western Kentucky. And, by my count, IU has six games left it should have a good shot to win: at Wake Forest; at Penn State; Rutgers; Iowa; at Maryland; at Purdue.

10. Purdue?s season is in peril of ?getting sideways.? The Boilermakers are 1-2 after getting flogged at home by Virginia Tech. Bowling Green visits West Lafayette next; the same BG team that crush Maryland in College Park two weeks ago. The October schedule goes thusly: at Michigan State; Minnesota; at Wisconsin; Nebraska. So, a 1-7 start is a distinct possibility. Is Darrell Hazell, who is in this third season on the job with a 5-22 mark, ever gonna turn the corner?