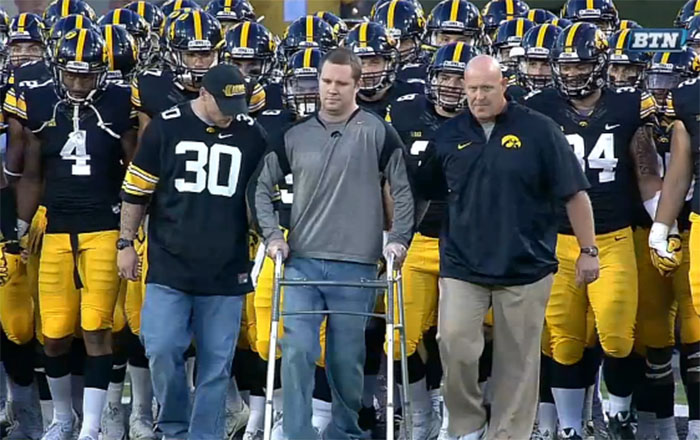 [ MORE: Here's the link to watch Pittsburgh at Iowa on BTN2Go ]

The former Iowa defensive back and Week 3 honorary captain led the Hawkeyes onto the field and joined the Iowa captains for the coin toss.

Greenwood, who led the Big Ten in interceptions (5) as a senior in 2010, collapsed during a workout in 2011 and was in a coma as a result of suffering an anoxic brain injury caused by heart arrhythmia.

To no surprise, Iowa fans loved the sight of their former star leading the team onto the field. Pitt players showed their respects, too, all shaking the honorary captain's hand before the coin toss.

Watch Greenwood lead Iowa onto the field above, and see him join the coin toss below.