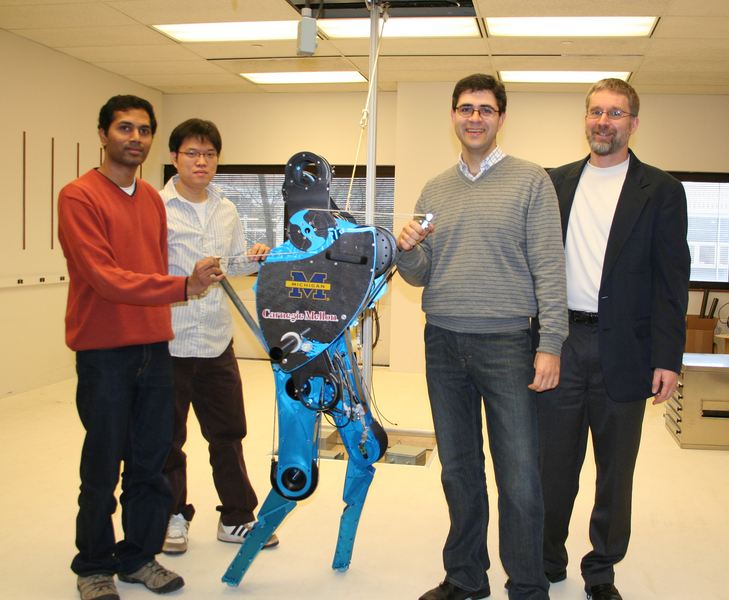 Science-fiction films, shows and books have featured two-legged, human-like robots for so long that many people might think they've actually existed in reality for some time now.

But while robotics advanced by leaps and bounds over the past several years, there was still the obstacle of bridging the gap between ?the apparent simplicity of walking versus the true challenge of making it happen in a machine.? That's according to Jessy Grizzle, professor of electrical engineering at the University of Michigan.

?Nature endowed us with the ability to walk well, and when machines can?t, it seems very frustrating,? he explained.

Yet Grizzle and a team of engineers at Michigan recently brought us much closer to realizing that dream when they developed MARLO, a revolutionary bi-pedal robot. Though MARLO can't climb mountains or skateboard on a halfpipe, the robot can do something unprecedented: put one "foot" in front of the other, then do it again and again.

It was hard work getting MARLO to walk, and when the team finally did it, they celebrated in much the same way that proud parents might for their child?s first steps.

?When we finally got MARLO to walk across the laboratory for the first time, it was 9 p.m. on a Saturday night,? said Brian Buss, who earned his doctorate in electrical engineering studying controls from the University of Michigan earlier this year. ?We?d put in a long day. Everybody was cheering.

?Professor Grizzle was jumping up and down, hollering, screaming,? he added. ?And I thought, I have a path to graduation.?

[btn-post-package]?When it all comes together, it?s really magical,? Grizzle said. ?The machines are working, and you?re seeing your mathematics coming to life. You?re not trying to make it look human, but it?s acting like a human. Your hair stands up on the back of your head ? it?s just a totally eerie feeling.?

Watch the one-minute video segment above to learn more about the impact of this research.