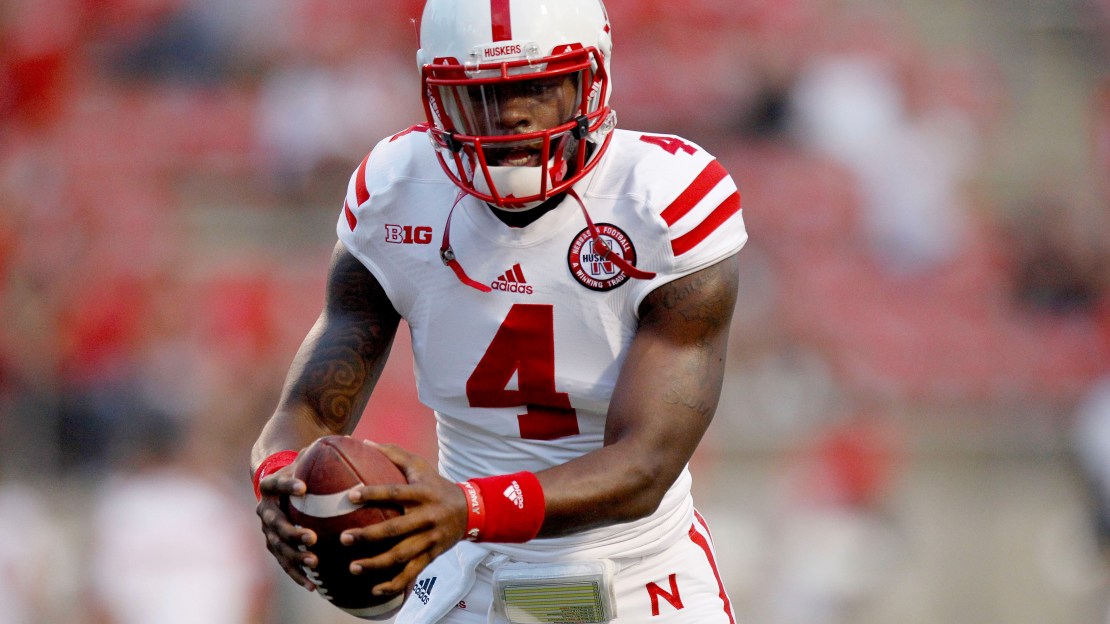 Week 3 includes a Big Ten-ACC challenge, with five matchups between the conferences who tangle each year on the hardwood. The most interesting meetings between the leagues are Nebraska at Miami; Northwestern at Duke and Illinois at North Carolina.

Iowa also is involved, welcoming Pitt in a contest that will test the legitimacy of the Hawkeyes? 2-0 start. Purdue has one of the tougher ACC challenges, playing host to a Virginia Tech squad that already has lost to Ohio State.

Here are my opinions, observations and hard takes on the Big Ten to prime the pump on Week Three, plus a bunch of BTN videos at the bottom. We're on YouTube now, you know.

1. Nebraska QB Tommy Armstrong deserves more credit. Many wondered how well he would fit with the new west coast/pro-style offense of Mike Riley. Well, Armstrong has dovetailed well with what the new regime is asking him to do. The junior is No. 1 in the Big Ten in passing yards, averaging 294.5. Armstrong is hitting 63.4 percent of his passes after entering the year with a career 52.9 completion percentage. And he has five TD passes and just one pick. No Big Ten QB has been better overall.

2. Penn State needs to get Christian Hackenberg on track. The junior signal-caller is completing 48 percent of his passes and has just 231 aerial yards with one touchdown pass the first two weeks. Through two games last year, Hackenberg had 773 passing yards and four touchdowns. Wideout DaeSean Hamilton is feeling Hackenberg?s pain. Hamilton has four receptions for 20 yards in 2015; last year, he paced the Big Ten with 82 catches for 889 yards.

3. It?s impossible to know how Rutgers will respond to seeing head coach Kyle Flood get suspended for the next three games. Missing the trip to Penn State is huge for Flood. This arguably is the biggest game on the Scarlet Knights? schedule, as Rutgers wants badly to stake its claim in the East. And having a robust and competitive rivalry with Penn State in which RU wins from time to time would help. The Nittany Lions are still in a vulnerable period as they build up after being wrecked by NCAA probation. Rutgers blew a shot to win last year, when it lost a 10-0 halftime lead and fell 13-10. Now, tumult and no head coach may cost the Scarlet Knights a shot to score a victory vs. a vulnerable PSU program. RU hasn?t beaten Penn State since 1988.

4. Wisconsin should continue to liberally use Tanner McEvoy, the most unique player in the Big Ten. After making nary a splash in the opener vs. Alabama, McEvoy started on both offense and defense against Miami (Ohio) last week and played more than 70 snaps combined at safety and wide receiver. He had three catches for 29 yards, a tackle, two pass breakups and an interception that was returned 41 yards. Keep using McEvoy on both sides of the ball. He?s too good not to be used often.

5. Trips to Tobacco Road this Saturday will tell us all we need to know about how legit 2-0 Northwestern and 2-0 Illinois are from the Land of Lincoln. Each has been an early-season surprise. Why? Defense. NU has held opponents to just six points this season. That is the fewest points allowed in any two-game stretch since 1958 when the Wildcats held Stanford and Minnesota to just three points. That was also the last time NU hadn?t allowed a touchdown in two straight games. The Fighting Illini have held their two opponents without a touchdown in 2015. It?s the first time they haven?t allowed a touchdown in a two-game stretch since 1988. They also have allowed just three points, which is the fewest through their first two games in a season since 1942.

6. Ohio State needs to figure out how it wants to use quarterbacks Cardale Jones and J.T. Barrett. Through two games, there really hasn?t been any rhyme or reason to the methodology. They combined to complete just 20-of-33 passes for 181 yards last week vs. ? Hawaii. The Buckeyes didn?t have a touchdown pass for the first time in 25 games. Jones will remain the starter. But, will he get pulled at the first sign of trouble, like last week? This QB situation could chip away at the Buckeyes all season. The sluggish effort vs. Hawaii cost OSU two first-place votes in the AP poll, making them no longer a consensus No. 1. At some point. Could the quarterback situation prove to be Ohio State?s downfall in what is supposed to be a season of glory?

7. It looks like Michigan is going to stick with QB Jake Rudock even though he has four picks in just 69 attempts. He had five interceptions in 345 attempts last season at Iowa. Still, the senior is hitting 65 percent of his passes. As Jim Harbaugh continues to entrench his style of power, smash-mouth football built around a strong rushing attack, Rudock should improve. The staff doesn?t want him to do too much. Just make the makeable throw ? and minimize bad plays. He?s the one signal-caller on this roster most capable of carrying out those marching orders.

8. Don?t you wonder when Michigan State will start to get more props? Last week?s victory vs. Oregon was the program?s fifth in the last six games against a Top 10 team. The Spartans are 13-5-1 in games where both teams are ranked in the Top 10, which is the best mark in the nation (minimum three games played). Michigan State now much hold serve until that monster trip to Ohio State on Nov. 21. Road games at Michigan on Oct. 17 and at Nebraska on Nov. 7 are Michigan State?s biggest potential potholes prior to the Buckeye game. Will the Spartans get the hype they deserve in coming weeks if they keep rolling?

9. Minnesota fans need to cool the criticism on QB Mitch Leidner. Yes, he isn?t Peyton Manning. But Leidner is this team?s best hope to reach its potential in 2015. His value never was more evident than on the final drive last week at Colorado State when he made big plays when he had to, including a key fourth-down conversion. Leidner?s 233 passing yards were the third-most in his career and the 45 attempts were 10 more than his previous high. The Gophers need Leidner?s experience and moxie.

10. It?s only the third week of the season, but Maryland already may be at a crossroads of sorts. The staff is making a quarterback switch, dumping Perry Hills for Caleb Rowe. Why not? The Terps haven?t gotten much from Hills in the passing game. He didn?t throw for over 168 yards in either of the first two games. Rowe played a bit last week but flopped, having two of his three passes picked off as he comes back from a 2014 knee injury. If Rowe fails, the Terps could turn to Oklahoma State transfer Daxx Garman. Then again, QB play won?t matter much if the defense keeps allowing 692 yards, like it did last week in falling to Bowling Green in College Park.

Look back at a few our of Week 3 preview interviews in the videos below: