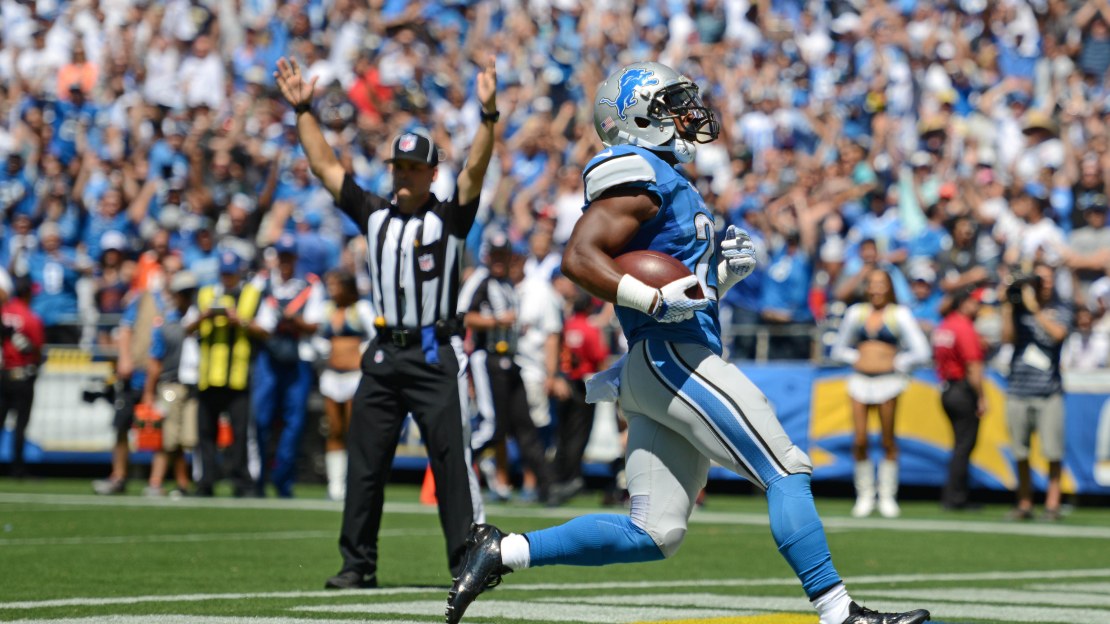 Eric Weddle never had a chance...@Ameerguapo does what he wants.#DETvsSDhttp://t.co/14aA3wYApy

Big Ten fans who spent the past few seasons watching Ameer Abdullah star at Nebraska won't be surprised to hear that the rookie scored a touchdown on his first NFL carry Sunday afternoon.

Facing off against former Big Ten rival and fellow rookie running back Melvin Gordon, Abdullah ran 24 yards up the middle for a touchdown early in the first quarter of Detroit's season opener vs. San Diego.

In typical Abdullah fashion, he broke ankles, those of veteran safety Eric Weddle, on his way to pay dirt.

Abdullah, a second-round pick in the 2015 NFL Draft, racked up three consecutive 1,000-yard seasons at Nebraska, a first in program history, finishing his career with 4,588 yards rushing, second only to Mike Rozier (4,780).

Abdullah also had this big play in the passing game:

Botched snap?
It's ok. Toss it to @Ameerguapo and watch him turbo-mode it downfield for 36 yards. #DETvsSD http://t.co/r9Z1fy3H63