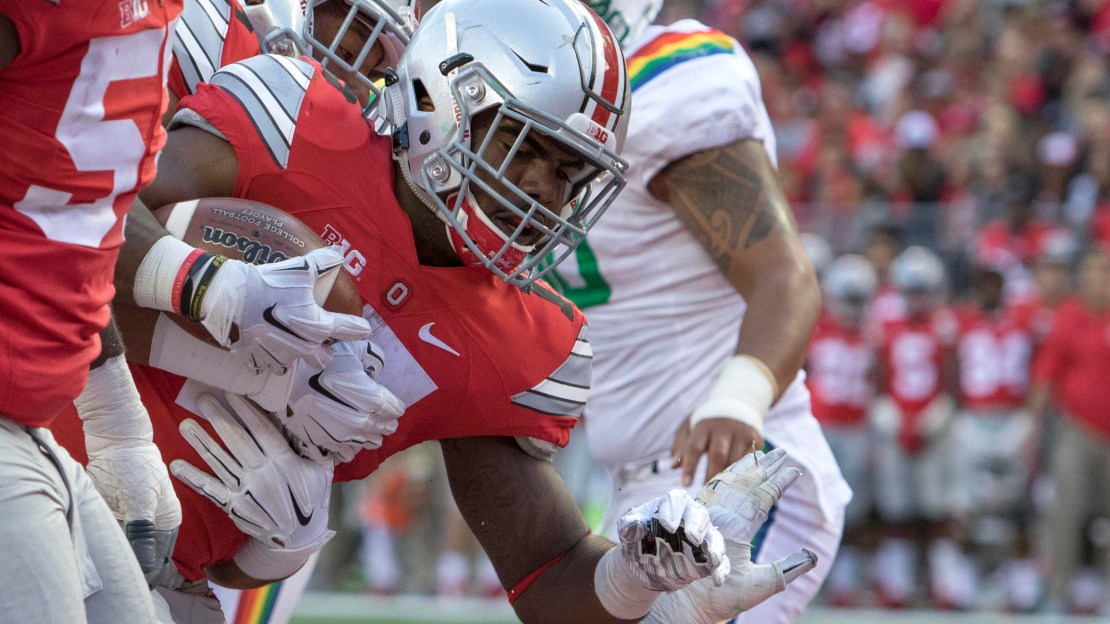 All games have live stats on our college football scoreboard.

Catch up on all of Saturday?s late afternoon games with the following links.

OHIO STATE 38, HAWAII 0: BOX | PBP | RECAP | VIDEO
Ezekiel Elliott scored three touchdowns on short runs as No. 1 Ohio State started slowly but scored a flurry of points late in a 38-0 win over Hawaii on Saturday. Elliott scored on 1- and 3-yard runs in the first half, and added a 1-yard touchdown with about nine minutes left for a 24-0 lead. The Buckeyes (2-0) added two more touchdowns with safety Vonn Bell scooping up a fumble and running 14 yards less than two minutes later and Bri'onte Dunn adding another score.

MINNESOTA 23, COLORADO STATE 20 – OT: BOX | PBP | RECAP
Defensive tackle Scott Ekpe stripped running back Dalyn Dawkins on the first play of overtime and Ryan Santoso kicked an 18-yard field goal, giving Minnesota a 23-20 win over Colorado State on Saturday. It took extra time for the Gophers (1-1) to get acclimated to the altitude and shake off both their tough loss to TCU in their opener and the scrappy Rams who were playing without their superstar receiver.

NORTHWESTERN 41, EASTERN ILLINOIS 0: BOX | PBP | RECAP | VIDEO
Redshirt freshman Clayton Thorson threw his first career touchdown pass and ran one in himself for the second straight game to lead Northwestern to a 41-0 rout of Eastern Illinois on Saturday. Justin Jackson and Warren Long also rushed for scores as the Wildcats had their way on the ground and in the air against the Panthers.

IOWA 31, IOWA STATE 17: BOX | PBP | RECAP | VIDEO
C.J. Beathard threw three touchdown passes, including the tie-breaker to Riley McCarron with 2:14 left, lifting Iowa to a 31-17 victory over Iowa State on Saturday. Jordan Canzeri's fumble deep in Iowa State territory had thwarted an earlier drive by the Hawkeyes (2-0). But their defense forced the Cyclones (1-1) to punt, Desmond King returned it to midfield and Beathard took the Hawkeyes to the decisive score, finding the 5-foot-9 McCarron in the back of the end zone from 25 yards out.