Photo: Check out a first look at Michigan's helmet stickers 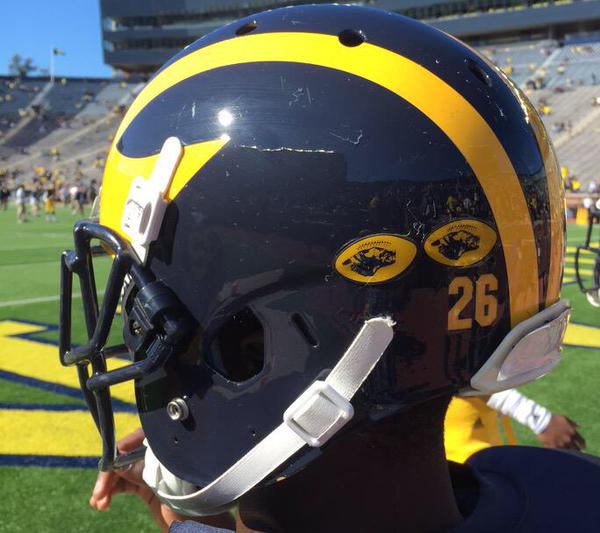 Jim Harbaugh wore them as a player at Michigan. Now, the team he is coaching will wear them on the field.

Michigan fans were treated to a first look at the Wolverines' helmet stickers before the start of Saturday's matchup with Oregon State.

MLive.com reporter Nick Baumgardner tweeted out the photo at the top of the post, where you can see the new-look helmet stickers.

The design looks very similar to what the Wolverines wore in the late '80s and early '90s.

I think it looks great, what do you think?