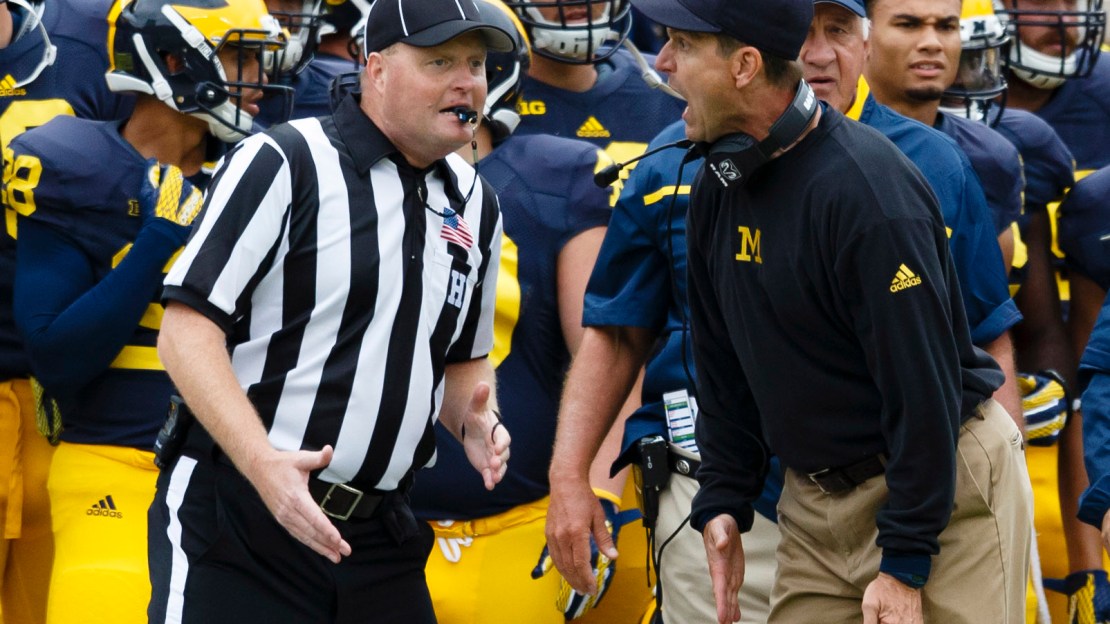 Jim Harbaugh is one of the top public figures in the college football world. So, it would only make sense that cameras were on him when he got a little (well, very) upset following a personal foul call.

Harbaugh was irate following a roughing the kicker call went against the Wolverines late in the second quarter of today's game against Oregon State.

The call was against Jeremy Clark, who was penalized for running into Oregon State punter Nick Porebski.

Check out Harbaugh's reaction in the video on top of this post.

Michigan senior point guard Spike Albrecht chimed in on Twitter to show his support of the Wolverines' head football coach.