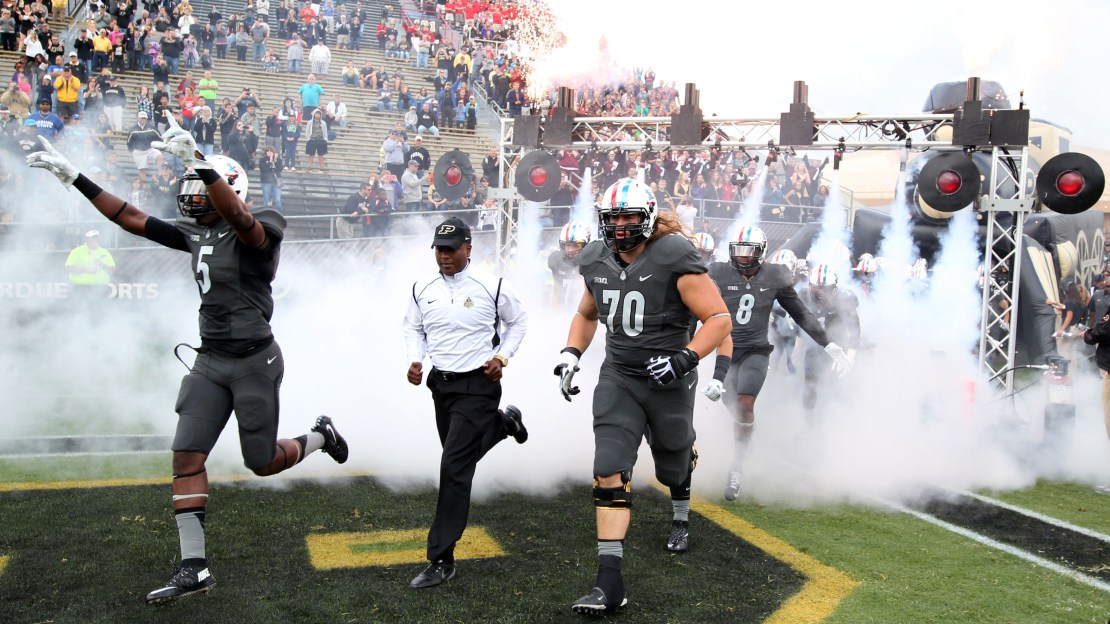 The most obvious was Purdue's new anthracite gray alternate, paired with a patriotic white alternate lid in honor of Military Appreciation Day.

The most talked-about new designs were Iowa and Michigan helmet decals. The former replaced the Tigerhawk logo on the left side of its helmet with a No. 9 to remember former Iowa star Tyler Sash, who passed away earlier this week, and the latter brought back the helmet stickers it wore during first-year head coach Jim Harbaugh's playing days.

See all of the new Big Ten designs debuted in Week 2 below:

On Saturday, we will honor Tyler Sash by replacing one Tigerhawk with #9 | #ForeverHawkeye pic.twitter.com/qaYK2bmzny

.@umichfootball is sporting new helmet stickers today, and throughout the season. #GoBlue pic.twitter.com/XbdBkroKPn

You couldn't ask for a better day to play football. ??? #B1GCats pic.twitter.com/CknijEK5te

Special white helmets with anthracite gray jerseys and pants. What do you think? #MilitaryAppreciation #BoilerUp pic.twitter.com/duvP1WbCFG