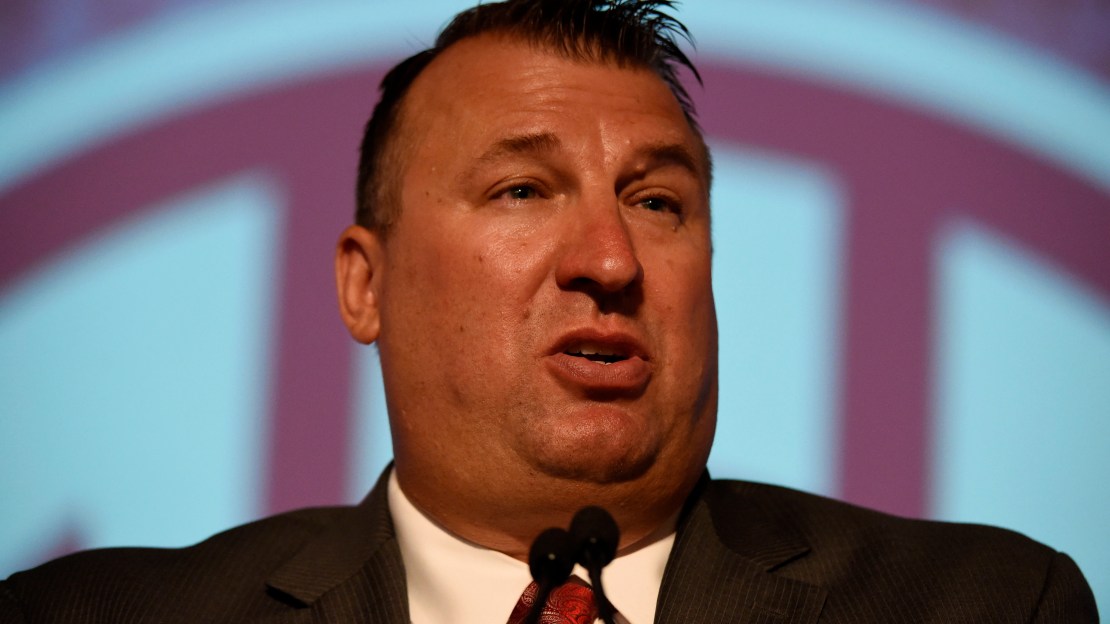 Bret Bielema is a name that Big Ten fans are certainly familiar with.

Bielema served as Wisconsin's head coach from 2006-2012, leading the Badgers to the Big Ten crown in each of his final three seasons, before abruptly taking the Arkansas job after beating Nebraska in the 2012 Big Ten title game.

Well, Bielema is back in the Big Ten headlines Wednesday, and it has nothing to do with Wisconsin.

Bielema took a shot at Ohio State during the SEC's weekly teleconference. When asked for his reaction to the SEC having 10 teams ranked in the latest AP Top 25 poll, Bielema had the following to say:

"It?s wonderful. I love it. I say that with a smile, as it?s a major statement to the nation. Ohio State has one game on the schedule against a ranked team, we have eight left on the schedule. To get through this conference, it?s unprecedented. Any argument (against the strength of the SEC) is complete nonsense."

Calling out the national champions, who beat the top team in the SEC (Alabama) on the way to winning last year's national title? That's pretty bold, Mr. Bielema.