Jaideep Anand has a thing for fast cars. In fact, he?s been known to drive a Porsche on occasion.

Mind you, Anand?s ?hobby? is more than a leisure activity. As a professor at Ohio State?s Fisher College of Business, Anand?s interest in fast cars - specifically those competing on the Formula One (F1) circuit - has fueled some intriguing observations about the nature of innovation within complex businesses. 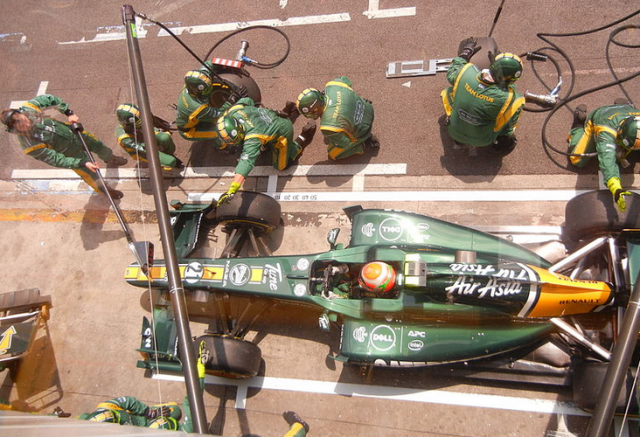 To determine the relationship between innovation and business success, Anand and fellow scholars used the practices of Formula One racing as their test case. Co-authors of the resulting study were Paolo Aversa of Cass Business School in London, Alessandro Marion of LUISS University in Rome and Luiz Mesquita of Arizona State University. At least one of the authors has more than a casual interest in F1 racing, according to Anand.

?Paolo Aversa is a very big fan and drives cars himself,? he said. ?He?s the biggest petrol-head.?

They examined the way F1 racing teams adapted to both new technologies and ever-changing rules and regulations. By analyzing data from 49 teams over three decades of F1 racing competition, they discovered that extreme changes to cars don?t always yield the best results on the course.

?In F1, you are forced to innovate all the time,? he said. ?But if you innovate too much, it?s not always good. In F1, when changes are done, the question is, [do] they help your performance??

That passion for F1 racing aside, though, the idea behind this research wasn?t to study fast cars, but to find lessons in innovation for businesses. And what they discovered was that constant and rapid innovation may not always be a good thing, despite what many corporate executives and ?thought leaders? say.

?Our goal is not to talk about cars,? he explained. ?Our goal is to talk about the optimal amount of innovation. What should a business do in response to changes? Typically, leaders say make innovations, but looking at the evidence from F1, maybe less change is better.?

The F1 circuit began in 1950 and is considered the world?s elite form of racing due to its massive international appeal in Europe, Asia and Latin America. In the United States, however, F1 might as well share shelf space with soccer in terms of popular appeal.

However, Anand said American business leaders could take cues from F1 racing as a business model due its complex and interconnected systems of drivers, cars, engineers, sponsors and owners. In May 2015, Forbes Magazine reported that F1?s overall revenue amounted to $16.2 billion over the past 15 years, surpassing its closest rival - soccer?s FIFA World Cup.

Part of what makes F1 so successful is the circuit?s constant tinkering with rules and regulations and its willingness to stay on the cutting edge, Anand said. But sometimes those innovations come with hefty hidden costs.

For example, Anand pointed out that F1 routinely makes engine and equipment modifications in an effort to level the playing field and create a more competitive product. But in recent years, major changes have contributed to lopsided race results and put a dent in the sport?s reputation, he said.

[btn-post-package]?When you make a change in the system, it can disrupt other parts of the system,? Anand said. ?When the environment is changing, companies need to make fewer changes. The optimal amount of innovation changes [in an organization] should be less when the environmental change is more.?

Innovation for its own sake should be viewed with skepticism in the business world, he added.

?The evidence shows there is an acceptable amount of innovation,? he said. ?When there is too much, it hurts.?