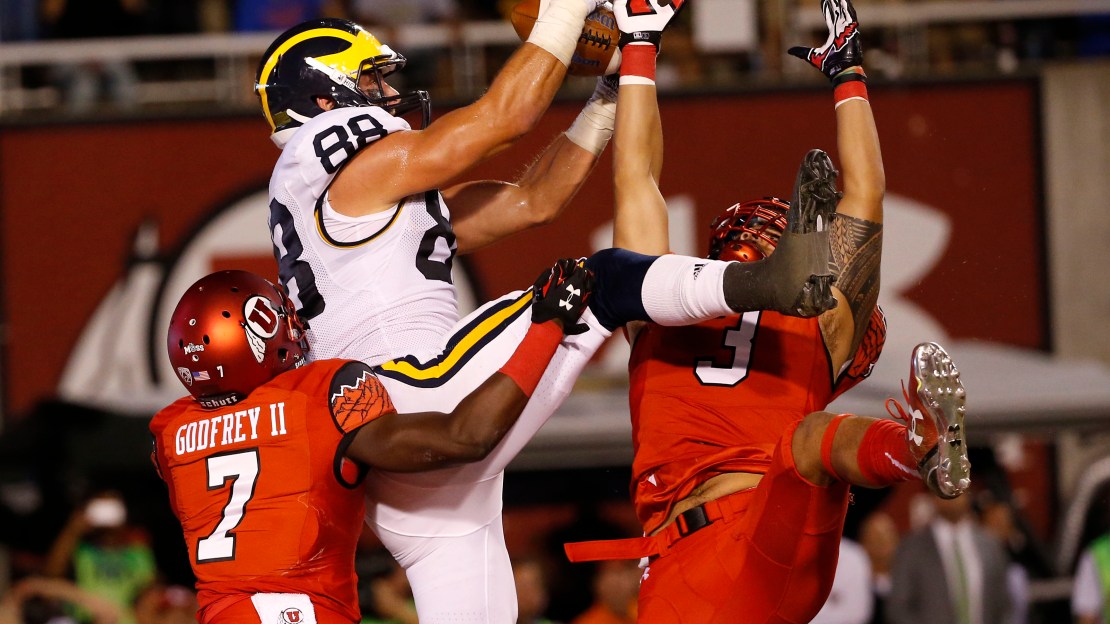 While Thursday night's game against Utah didn't result in a victory for the Wolverines, one thing became obvious fairly quickly… Michigan has an outstanding go-to pass catcher in Jake Butt.

Butt hauled in a career-high eight catches for 93 yards in Michigan's 24-17 loss to Utah on Thursday night. But, it was one catch in particular that stole the show in this game.

With Michigan trailing 17-3 late in the third quarter, Jake Rudock fired a strike to Butt, who went up and made a leaping touchdown catch over two Utah defenders.

Check out the outstanding catch in the video at the top of this post.

How good is Jake Butt? Can't be many TEs better. An early leader for @JohnMackeyAward.