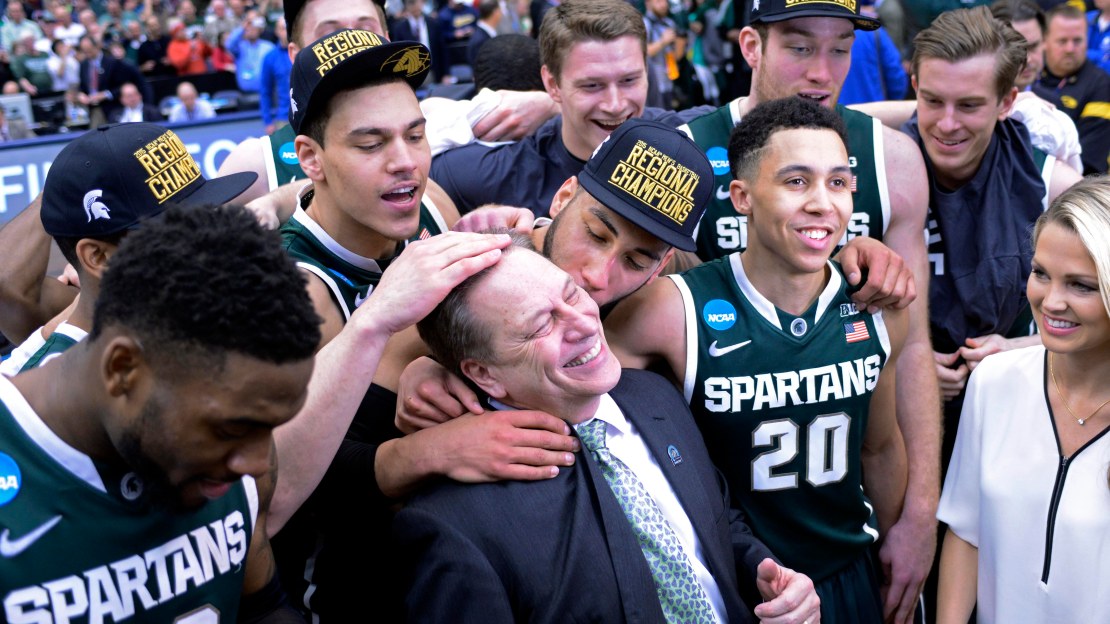 The Michigan State men's basketball team returned home from its Italy trip on Wednesday, and it was greeted by a newly remodeled Pentecost Practice Facility.

The facility features several new designs, including an updated Final Four wall that recognizes all nine of the program's Final Fours and its 1979 and 2000 national championships.

There's also a pair of courtside murals, which highlight some of the greatest personalities and moments in the program's rich history. Among those personalities is Draymond Green, one of the biggest personalities in Michigan State history, who is recognized with an image of him holding the NBA championship trophy.

Watch a video feature on the new facility above and see more coverage below.

Banner wrapping court side in the practice facility. pic.twitter.com/qkbEZ6Fbhj

.@adorablelacey makes an appearance in the new basketball offices. pic.twitter.com/RHHGMj0Fh6