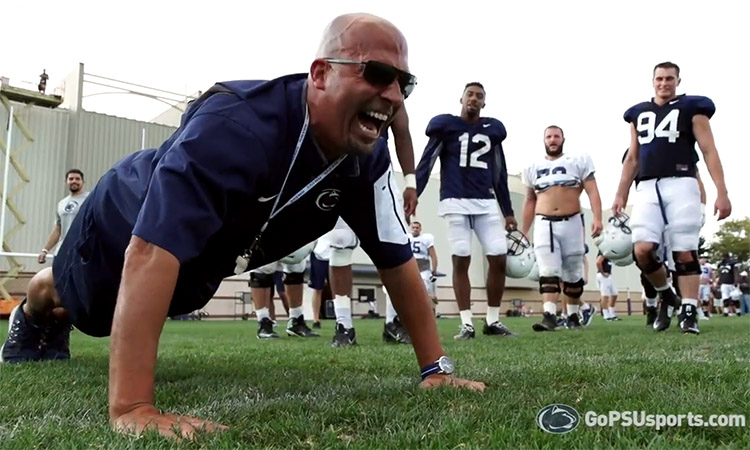 Coach tried to put the pressure on w/a field goal challenge, but it was no sweat for the #RedLand champ http://t.co/TcYsEpdqRJ #KICKISGOOD

What a week for the Red Land Little League World Series team.

Not only did the team out of Lewisberry, Pennsylvania, claim the U.S. championship, before falling to eventual LLWS champion Japan on Sunday, they also got to visit the Penn State football team and iconic Beaver Stadium.

During the team's visit to State College, Braden Kolmansberger had the cool opportunity to show off his kicking foot in a fun moment with coach James Franklin.

Kolmansberger nailed the kick, and the Nittany Lions went crazy, raising him on their shoulders. And, most importantly, Franklin did his push-ups.

Watch the full Kolmansberger-Franklin moment in the video above.