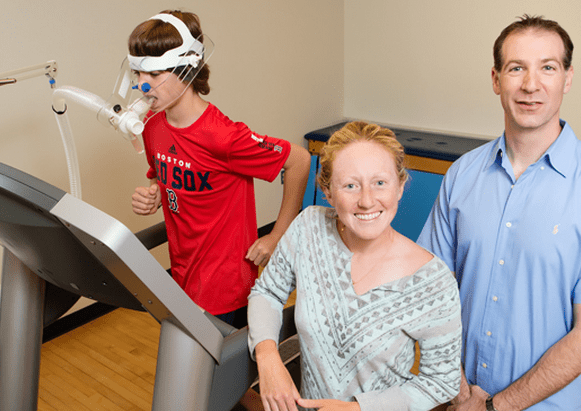 If movies like ?Revenge of the Nerds? are to be believed, one of the things that has long separated the brainy from the brawny is the latter?s participation in sports and other regular physical activity.

While there may be some truth to that stereotype, professors at the University of Illinois recently found that 9- and 10-year-olds who have good cardiorespiratory health - usually the product of regular exercise - tend to have ?thinner? grey matter in their brains than their less-fit counterparts.

Thinning of the outermost layer of brain cells and blood vessels in the cerebrum is associated with better mathematics performance, said Illinois postdoctoral researcher Laura Chaddock-Heyman, who led the study.

?Grey-matter loss ? is part of healthy maturation and development,? she explained. ?Grey-matter thinning is the sculpting of a fully formed, healthy brain. The brain prunes away unnecessary connections and strengthens useful connections.?

The study involved 48 children, all of whom took a fitness test by running on a treadmill. Half of the participants were at or above the 70th percentile for aerobic fitness (the higher-fit kids), and the other half were at or below the 30th percentile (the lower-fit ones). Chaddock-Heyman and her colleagues ran MRI scans of the children?s brains, and evaluated their math, reading and spelling skills.

A self-described fitness enthusiast, Chaddock-Heyman has long been interested in how physical activities relate to the brain and cognition throughout people?s lives. While previous research has shown that physically fit children generally outperform lower-fit ones in school, the Illinois study is the first to explore the role of aerobic fitness in kids? brain structure and tie it to academic performance.

[btn-post-package]The findings of this study come at a crucial point, as recess and physical education during the school day are being reduced or eliminated in response to mandates for increased classroom time. With overall rates of physical activity dramatically declining and childhood obesity on the rise, there?s a growing need to promote exercise for kids? physical and mental health.