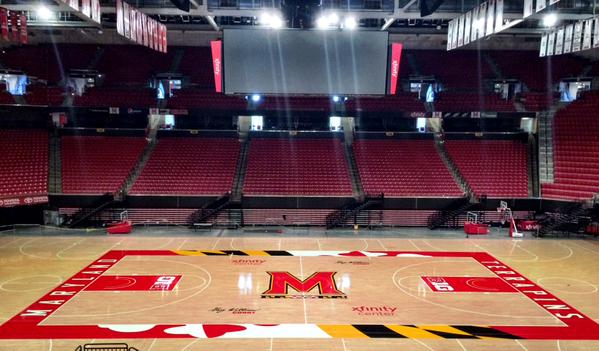 There are so many reasons to be excited about the Maryland men's basketball team in 2015-16.

There's the No. 1 ranking in the way-too-early polls, the return of Melo Trimble and Jake Layman, the arrival of highly touted freshman big man Diamond Stone, and the addition of former Duke star Rasheed Sulaimon.

There's also the new court at the XFINITY Center.

The team's official Twitter handle, @umterps, posted photos of the new design and a video (watch above) early Friday afternoon.

It's a completely new design, the biggest differences being the addition of the iconic state flag on each sideline and the return of the "M" at center court.

Another difference: "Maryland" is on one baseline and "Terrapins" on the other.