One prediction for every Big Ten position group entering 2015 season 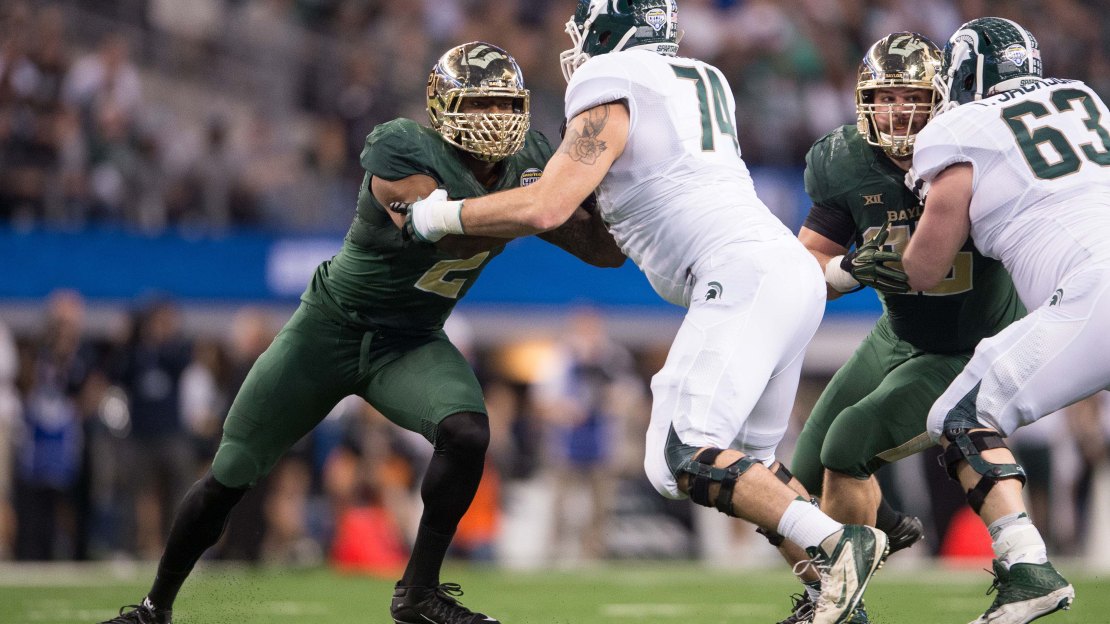 The countdown clock to the start of Big Ten football has reached eight days.

As the opening week of games approaches, there are still plenty of questions surrounding Big Ten teams entering the 2015 season.

Who will be the starting quarterback at Ohio State? How will Jim Harbaugh do in his first season? And who will take the wide open West Division?

We've made predictions for many queries in our preseason Big Ten coverage, but let's go ahead make some positional predictions.

Here is one prediction for every position group heading into the season.

QB: J.T. Barrett will win the Ohio State starting quarterback job. The race between Barrett and Cardale Jones is still going on. At some point, Urban Meyer is going to have to name a Week 1 starter for the Buckeyes' opener at Virginia Tech. I think Barrett, the record-setting 2014 Big Ten Quarterback of the Year, gets the nod, due to his vast knowledge of the offense and elite leadership qualities.

RB: At least three freshman running backs will top the 1,000 yard mark this season. Okay, this one is very bold, but I could see it happening. The Big Ten is loaded with talented freshman backs this season, including Madre London (Michigan State), LJ Scott (Michigan State), Saquon Barkley (Penn State), Mikale Wilbon (Nebraska), Markell Jones (Purdue) and Mike Weber (Ohio State), to name a few. I think at least three of them will have breakout seasons in 2015.

WR/TE: A tight end will lead the Big Ten in TD catches. There are some talented wide receivers in the Big Ten this season, but the tight end position is stacked. Jake Butt, Josiah Price, Mike Gesicki and Nick Vannett are all guys who could be playing on Sundays in the future. Don't be surprised to see one of those guys haul in 10 touchdown grabs this season.

OL: Michigan State will allow single-digit sacks this season. The Spartans ranked fourth among FBS teams after allowing just 11 sacks last season. The offensive line is even better this year, led by All-American Jack Allen and Jack Conklin, a projected first-round draft pick. This offensive line has the chance to be the best unit in the nation.

DL: The Big Ten will have at least four players record double-digit sacks. The Big Ten could have the best collection of pass-rushers in the country. Joey Bosa, Shilique Calhoun, Kemoko Turay and Anthony Zettel are all capable of double-digit sack seasons in 2015. Theiren Cockran and Drew Ott are two other guys to watch for this season.

CB: Will Likely will be a first-team All-American. Likely led the Big Ten with six picks last season, two of which he returned for a touchdown. If he can improve on those numbers this year, All-American honors certainly could be in play for this talented junior.

S: Ohio State safeties Von Bell and Tyvis Powell will combine for at least 175 tackles and 10 interceptions.You won't find a better safety duo in the country than Bell and Powell at Ohio State. With Ohio State likely playing ahead a lot this season, teams will be throwing the ball often against them, and that will create plenty of opportunities for both of these guys.

K/P: The Big Ten will have three or more guys make 20-plus field goals. With names like Rafael Gaglianone, Michael Geiger and Brad Craddock in the conference, how can you not respect the kickers in the Big Ten this season? For what it's worth, only one player (Sam Ficken) made more than 20 field goals last season. That statistic will change this season.

KR/PR: Jabrill Peppers will return multiple kicks back a touchdown. Peppers has an injury-plagued freshman season in Ann Arbor. This year, if he can remain healthy, he should be a big-time playmaker for the Wolverines, potentially in all three phases of the game. With his speed, don't be surprised if Peppers takes a couple to the house this year.