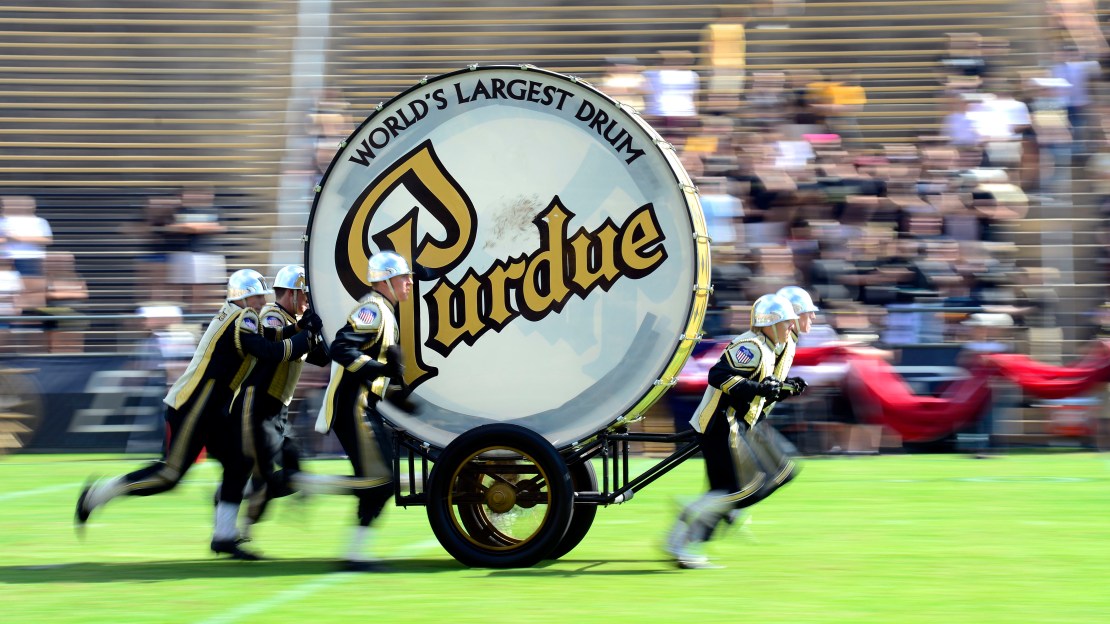 Austin Appleby was named starting QB for @BoilerFootball on Tuesday. He will work more spread sets with multiple WRs. pic.twitter.com/16CZzAA9Hf

The BTN bus has left Purdue practice, and now it?s time to share some nuggets I gathered while watching the Boilermakers.

The Boilermakers have a nice collection of defensive tackles. Junior Jake Replogle is a playmaker on the interior. Fellow junior Ra?Zahn Howard has trimmed down and could be a force on the nose. Senior Ryan Watson moves well. Senior Michael Rouse needs a big send-off and looks ready.

Purdue is using more ?tempo? on offense as a way of keeping defenses off balance. And that tempo offense will include a lot of multi-wideout sets.

Getting a rush off the edge may be an issue. Sophomore Gelen Robinson is suspended for the opener at the least after an off-field issue. Junior Evan Panfil is more of an anchor than an up-field guy. Are there any pass rushers? Sophomores John Strauser and Antoine Miles could emerge. Stay tuned. No one stood out today.

LB Ja?Whaun Bentley was named one of four captains. He earned the honor as a write-in candidate. It?s the first time a sophomore has earned the honor under Darrell Hazell. Bentley is an impressive young man who is mature for his age. An "old soul." When I asked Bentley if any freshmen have stood out, he quickly mentioned Markus Bailey.

The tight end spot merits watching. Senior Jordan Jurasevich, who was put on scholarship earlier this year, is first team and backed up by redshirt freshman Cole Herdman. Jurasevich is the only Boilermaker with experience at tight end, appearing in 12 games last year and with a catch for two yards. He began his career at a Division III school before transferring. He twice tried out and was cut at Purdue before finally making the squad. Jurasevich is more of a blocker and Herdman has better hands. Darrell Hazell says the tight ends will be on the field just 20-25 percent of the time, as the offense uses spread sets.

Which true freshmen could play? RB Markell Jones will. CB David Rose could be a nickel back. And LB Markus Bailey should figure in.

WR Jarrett Burgess isn?t an ordinary freshman. He?s 25 years old and spent six years playing pro baseball. And, he didn?t play prep football. Why is he on the roster? He runs a 4.2 40. Alas, he has struggled to catch the ball.

Scouts from the Buccaneers, Cowboys, Ravens, Patriots and Jets were at practice. No other stop on the tour had as many NFL scouts.

Purdue has three legit linebackers, a position that has been a weakness for years. The unit is led by rising sophomore star Ja?Whaun Bentley in the middle. He?s a load, a true run-stuffer. He?s flanked by junior Jimmy Herman and sophomore Danny Ezechukwu, who suffered a knee injury earlier this week. He is OK. Bentley (back) and Herman (hamstring) are banged up. Depth isn?t great, so the staff wants to keep these guys healthy.